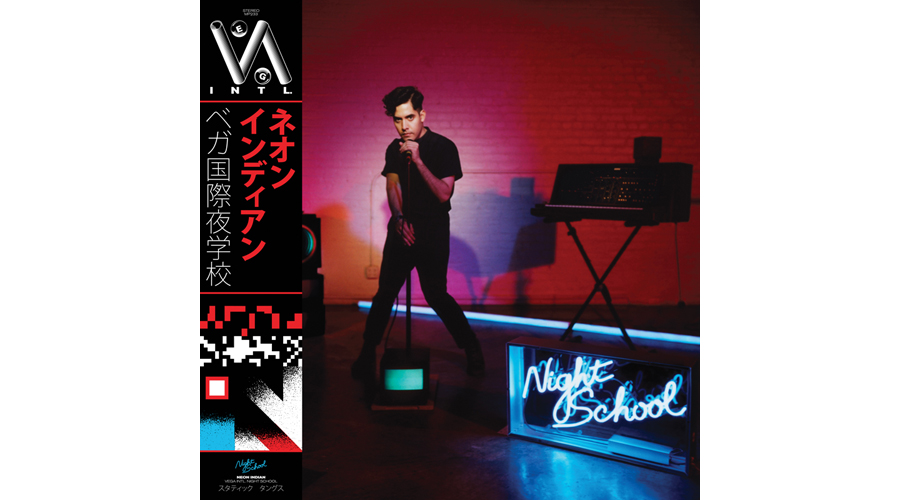 After sharing a new track called “Annie” back in the Spring, Neon Indian has just announced his follow up to his 2011′ album Era Extraña. Following a period of “aesthetic reinvention” Alan Palomo has returned with VEGA INTL. Night School, set for release on October 16th via Mom + Pop and shared “Slumlord”. The record was written and recorded in a handful of locations including a cruise ship cabin, DFA’s Plantain Studios in New York, Pure X’s practice space in Austin, Ben Allen’s Atlanta studio, and was mixed in Brooklyn with Alex Epton of XXXchange.

On the album, Palomo said, “most of what I’ve learned about human nature in my twenties has happened after dark. People are just kind of more honest then. More deliberate. I like to call the places I go to Night Schools.”

In addition to the new track and the album announcement Neon Indian has also lunched his website which features a hotline (+1-512-643-VEGA) where you can receive and send audio his songs and hear a special voice greeting about the album.

Give a listen to “Slumlord” below now and catch Neon Indian on tour this fall.