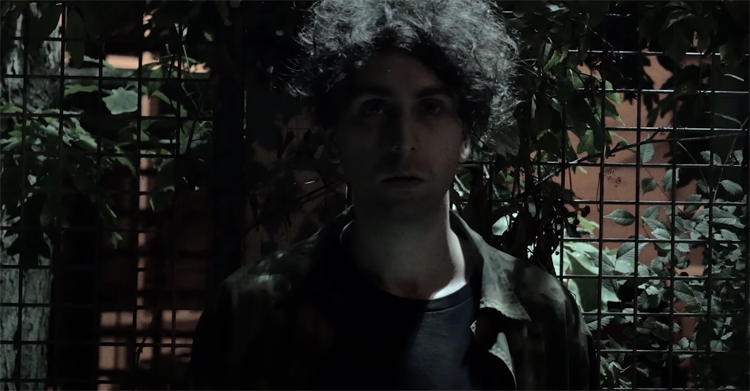 Josh Korody is a musician and producer, known around Toronto for his work in Beliefs as well as being the Candle Studio dude who’s worked on some of your fav Toronto tunes (credits including Fucked Up & Dilly Dally). Now he’s got a new solo project, under the name of NAILBITER, that we can’t get enough of. Korody recently released his NAILBITER debut FORMATS, an analog modular synth-focused record that’s cold and industrial. This vibe shines through in his new music video for FORMATS cut “Splatter” directed by Adam Leon. As Korody explained…

A big portion of making the record was listening to the rough material on headphones as it developed while walking home late from work, the streets would be mostly empty and the tension of walking alone in a up and coming downtown area at night really started to creep into the music’s personality. Adam Leon (the director) and I wanted that 90’s dark film capture, like an episode of the x-files where some are so dark theres so much glare from your TV as you watch it. He also wanted the shots to be minimal and repetitive like the song. By the end of the story i get to be the alien that i feel i am.

Check out the eerie video and heavy track above. FORMATS is out now digitally via Hand Drawn Dracula or as a limited edition cassette via HERETICAL OBJECTS COOPERATIVE. Catch Korody as NAILBITER live at one of the dates below.