MUST SEE FILMS AT SUNDANCE 2021 (Virtually)

No one is heading to Park City, Utah, but the 43rd edition of the Sundance Film Festival must still go on. The virtual screenings can be viewed from the comfort of your home, with tickets starting at $15.  Sundance said most of the bundles are sold out, but single film screenings (available for U.S. audiences) are still open to reserve your digital seat. A live Q&A will take place following each premiere.

Tabitha Jackson, who has been with Sundance since 2013, led this year’s festival. She assumed the position as director in February, right before the pandemic went wild, the New York Times reports.

The festival is mostly virtual, but there are some in-person screenings in certain cities.

Opening night kicks off with the premieres including the Summer of Soul documentary from Ahmir “Questlove” Thompson.


Summer of Soul (…Or, When The Revolution Could Not Be Televised) 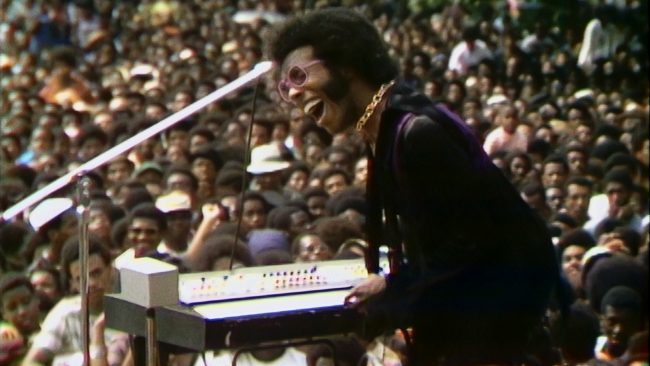 Making his directorial debut, Ahmir “Questlove” Thompson takes viewers to the Harlem Cultural Festival, which took place three months before Woodstock in 1969. The event hosted over 300,000 people and featured Stevie Wonder, B.B. King, and Nina Simone. However, no one has seen the footage since it’s been “stored in a basement for 50 years,” according to Sundance. Until now.

To Miss the Ending 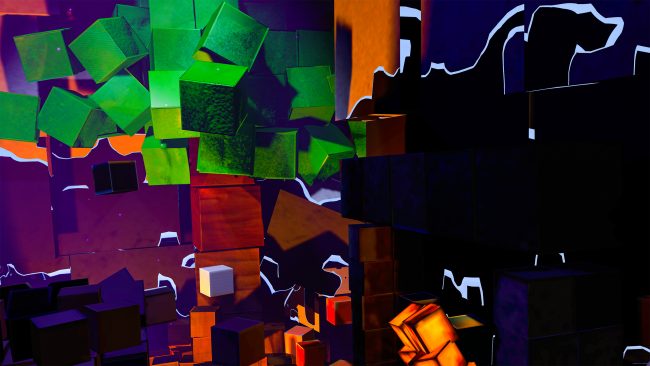 Exploring the worth of our memories and how they link in our brains can be exciting, also terrifying. This film wants us to think about what these memories mean, but more importantly, how these memories can be gamified, automated, simulated, disseminated to—anyone. Here’s another wake up call to remind us where we could head if we don’t hit pause to review.

When We Were Bullies 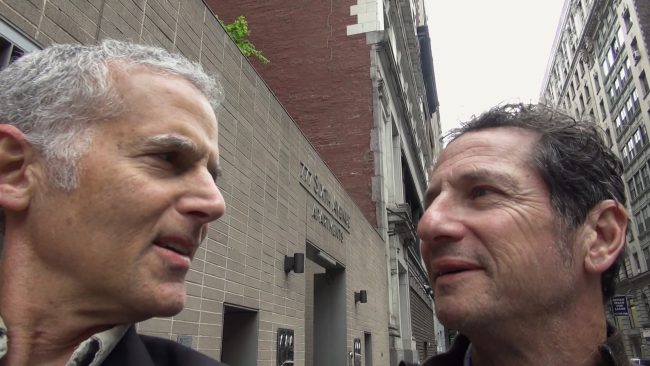 This 36-minute short film is one that may spark others to look back on their childhood, good or bad, and remember unsolved school incidents that still stir in the mind. What starts as a “coincidence” soon encourages a trip down memory lane with filmmaker Jay Rosenblatt tracking down his classmates from fifth grade to find out what people remember during a bullying incident from 50 years ago; it was a fight he was part of. 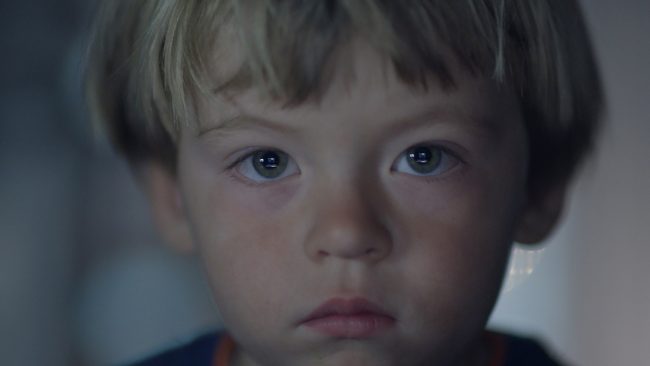 Directed by acclaimed filmmaker, Natalia Almada, Users asks us to think about how we see the world in nature and in technology. How has technology weakened our perceptions of duty and responsibility? Do we need to learn to care again? Should technology be allowed to help? What does a technology-dependent lens look like in comparison to the riches of the earth? Who should we depend on? These are all thoughts and questions we’re hoping to explore while watching this film.
Together Together
Jan. 31 / 3PM (premiere)
Feb. 2 / 10AM 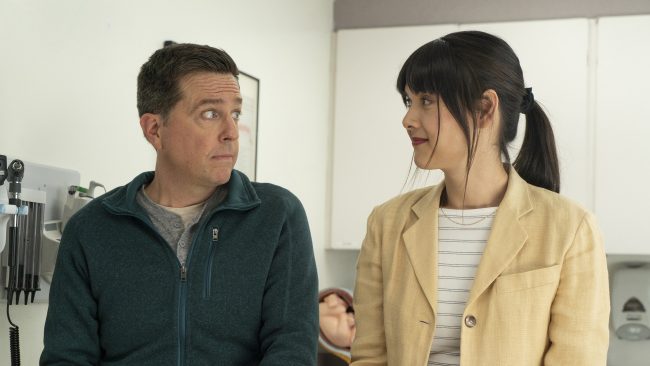 Nikole Beckwth’s film follows Anna, a surrogate for a single guy in his 40’s, and the relationship that seemingly forms between the two. What would it be like to meet a stranger and have a baby together? We’ll find out in this world premiere starring Ed Helms and Patti Harrison. 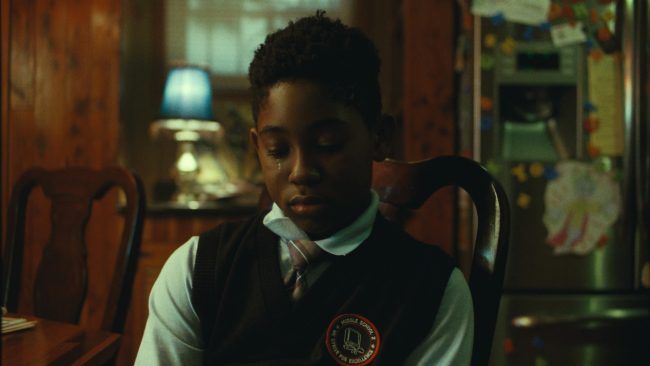 A young boy named Darius witnesses his father get violent with another man at a bowling alley. The 10-minute short plays on, as Darius deals with the aftermath of the images he witnessed, which is something that filmmaker Miles Warren wanted to explore, especially within a Black man’s mentality. He explains more here.

Bring Your Own Brigade 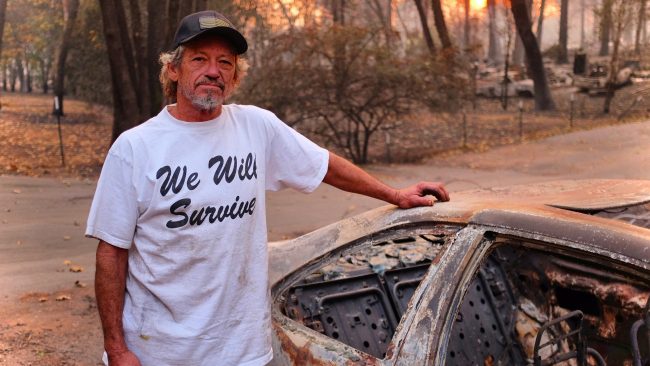 Here’s a doc which looks at wildfires, focusing on residents of a Northern California town dealing with the wreckage of a blaze. The film is educational and explores the history of wildfires to see how they start. We’ll also learn how to prevent wildfires. 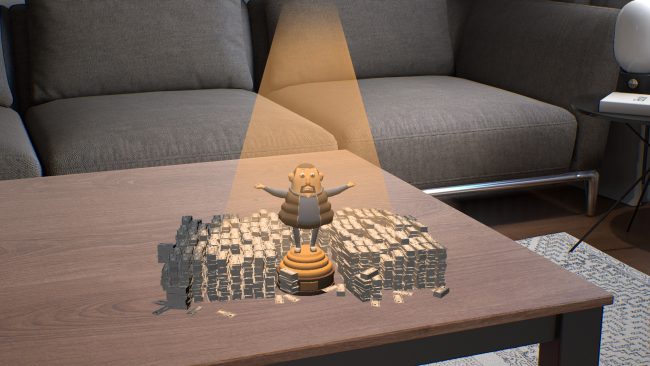 This joint Canada-France production lead by Brett Gaylor (The Internet of Everything), dives into the value of money, how we exchange it, what it represents; its connective power. We’re big fans of Gaylor (rewind here), so another round of insight is much appreciated. The film plays out in a series of animated documentary shorts in augmented reality. Run time is four minutes, and it is compatible with Android or iOS.

On the Count of Three 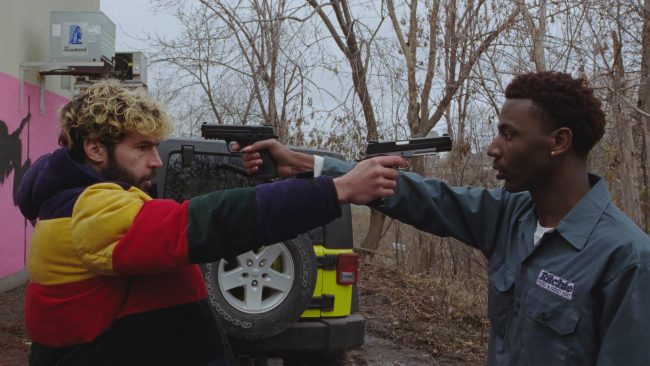 Jerrod Carmichael from The Carmichael Show is making his directorial debut with this film, which also features the gifted Christopher Abbott (James White). Carmichael plays Val, a man who feels ‘down and out’ but doesn’t want to go out alone. Val’s friend is recovering from a suicide attempt, so the two seek out an ending to their stories, although things might not go as planned. It’s a dark comedy on sticking things out, with a presumably bold script from Ari Katcher and Ryan Welch (Ramy). On the Count of Three also stars Tiffany Haddish. 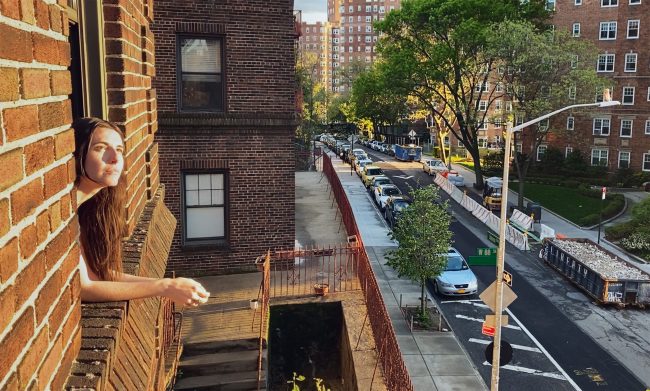 Perhaps one of the most timely of the bunch, These Days explores what the loss of interactions has done to thirty-something Mae, a professional dancer trying to date while in quarantine. A film talking about the isolation, anxiousness, and social confusion we are all facing as a result of being cooped up in a hamster cage for a year should be of interest to many. This is the pilot episode of the series. And you can screen it on-demand throughout the festival with a purchase of a pass.

The Sundance Film Festival runs from January 28 until February 3. Some of the sponsors include Acura, DoorDash, Canada Goose, Adobe, and IMDB.