Must Have: Opening Ceremony Coachella Shoes 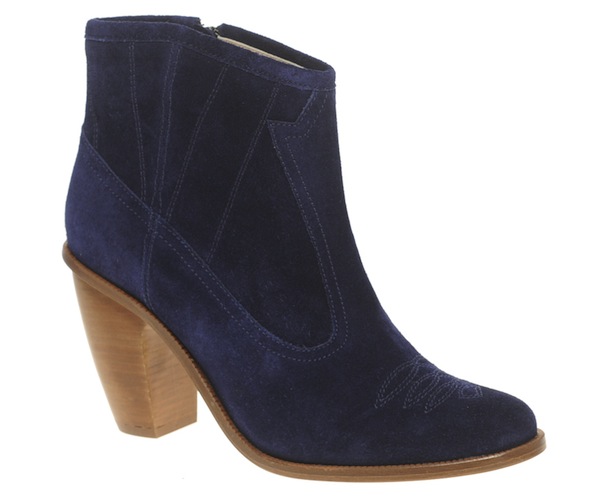 When Opening Ceremony dropped the second half of their Spring Summer 2012 collection last week they cited Coachella as one of the main influences, perfect for the super hot desert weather during the upcoming festival. We noticed they had a little collection of festival themed footwear individually called Coachella one through six (Glastonbury and Burning Man were also present) and thought we’d share.

Coachella 1, a western bootie (shown in the first two photos below) comes in blue, tan, and black suede with intricate stitching throughout, while Coachella 2 is a pair of cream (or desert as they call it) ankle tie up heels with western style cut outs near the front of the sandal.

Coachella 3, a cuffed western heeled bootie, is a not-so-practical option (outside of the VIP tent), while Coachella 5, a flat suede chelsea style boot, which come in navy, taupe and black, wins out as one of the most wearable boots for festival going in this collection.

Coachella 4 seems to be a miss, whilet the Coachella 6 lace up heels which come in sun, tan, and navy is probably the least festival-appropriate shoe (again, outside of the VIP) with a whopping 4.5 inch stacked leather heel perfect for the avid grass digger.

We appreciate the western influence and intricate details these shoes have, we can hardly envision ourselves sporting any of these beauties to a festival (agh! grass stain!), especially after shelling out $550 to $685 for a pair. 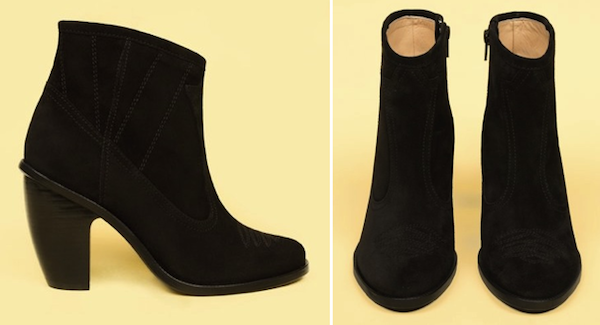 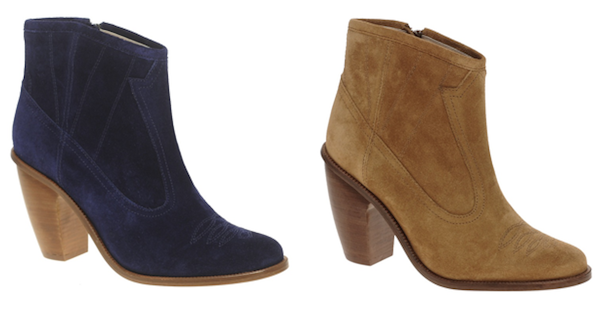 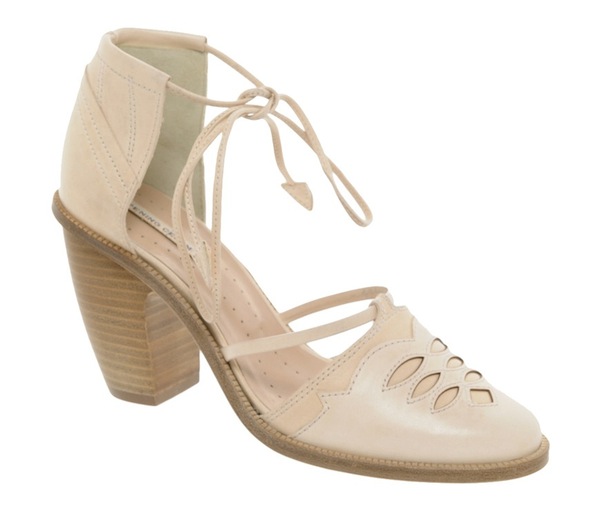 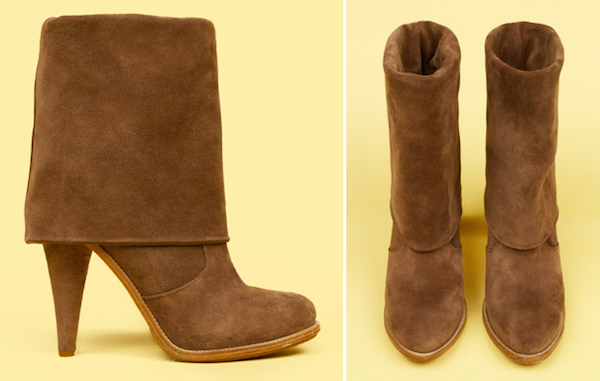 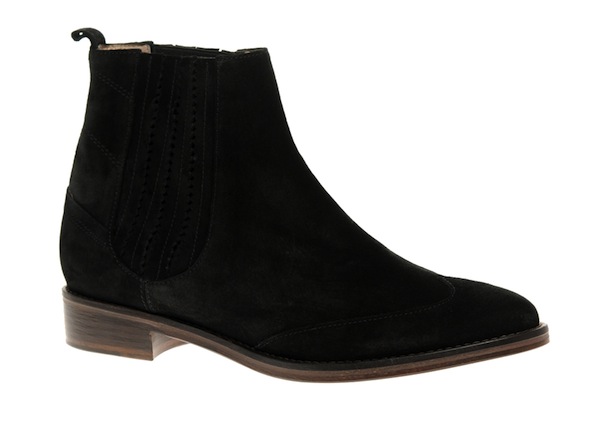 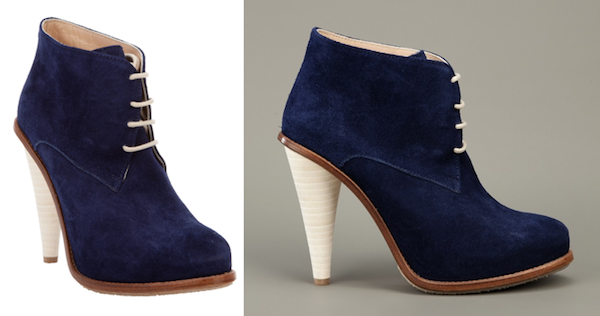 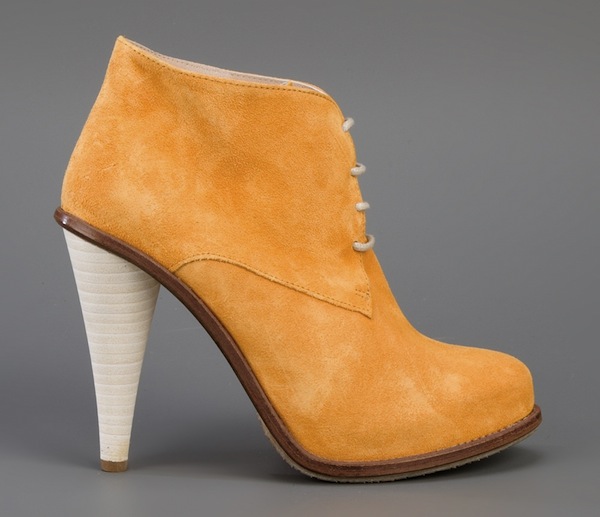 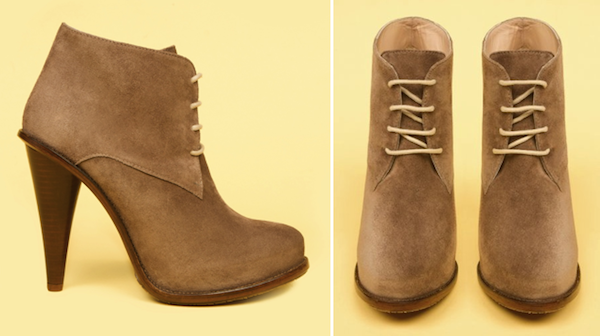