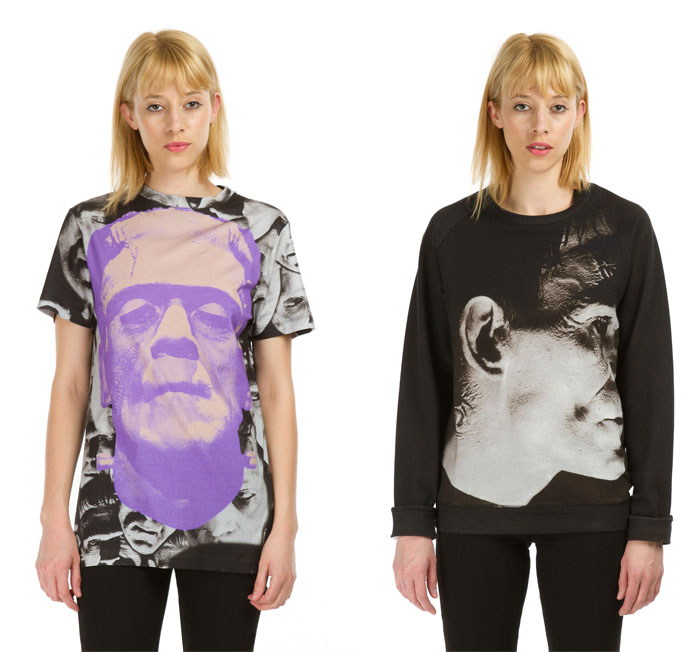 Christopher Kane has released a couple super cool crew necks, just when you thought the ultimate cool girl cred could only come from Kenzo. This oversized t-shirt and crew neck features a silkscreened image of Frankenstein with all the glorious frills.

Both the t-shirt and crew neck sweater are 100% cotton and made in Italy. Leave it to Kane to create a line that’s both creepy and awesome at the same time for spring. Snag yourself one of these gems for $330-$660 at Opening Ceremony before you see Bryan Boy effortlessly rocking one (realistically it’s already too late for that)!