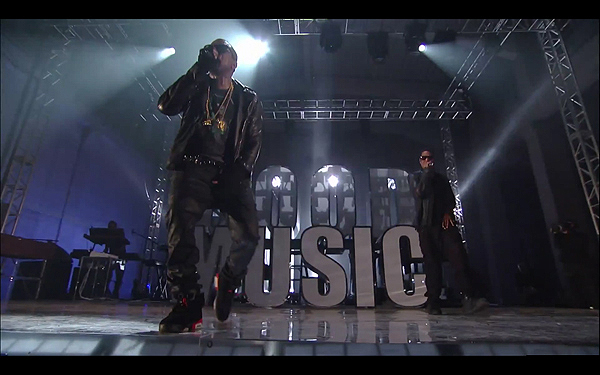 Many months ago, VEVO recorded the now famous Kanye West, G.O.O.D. Music show during SXSW in Austin Texas. After months of waiting VEVO has finally premiered the professionally shot footage of Kanye West and his whole stable of G.O.O.D. Music artists, as well as Jay-Z. We will be showing all the videos but the Jay-Z and Kanye “H*A*M” single definitely had to go first! Watch as the fireworks burst in the night sky, and the two giants of hip-hop control the stage with their first single from the Watch the Throne album.