Music Video: TV On The Radio “You” (Directors Cut) 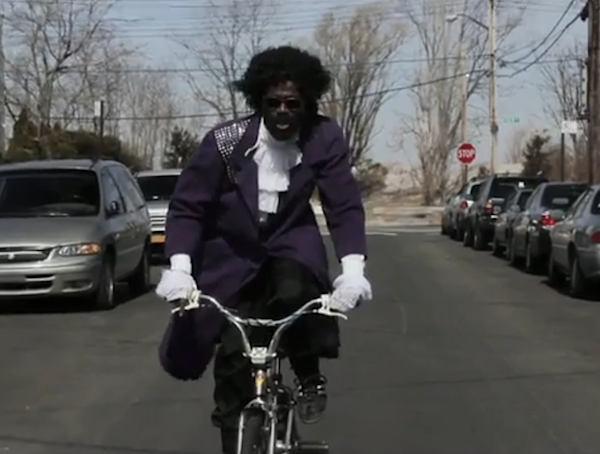 Let’s be honest here, we were all pretty bummed out when TV On The Radio went on hiatus back in 2009 and we couldn’t be happier that they’ve returned with an album so awesome as Nine Types of Light. It’s the second video off the album following “Will Do” and it’s safe to say it’s probably their best yet.

Directed by Barney Clay, the video starts off with the band reuniting at a diner after ten years apart, talking about what they’ve done over the years that have passed. They all go around the table and what they’ve got to say is pretty hilarious, especially when they get to Tunde Adebimpe, who admits to being an entertainer in very few words. Following that the video for “You” begins with Tunde dressed as Prince playing around Coney Island; check it out below along side an interview from Pitchfork with the well known New York director.

“Pitchfork: How did whole Prince idea come about?

Barney Clay: It’s a good example of howÂ not having enough money and time can actually be an advantage. I had written down about 20 different ideas, and then went down the line with Tunde; the Prince one was at the bottom of the list.Â I was nervous pitching it to them because I know the band very well– and I know they’re funny guys– but they have quite a serious image, to say the least. But they were like, “That’s great.”

Pitchfork: I thought the whole band was surprisingly funny in the opening dinner scene. How planned-out was the dialogue?

BC: I gave them a guideline but basically just let them go, and each one went off for ages. There’s at least another five minutes of hilarity that we cut, like one scene where this girl comes in, spots the band, and is like, “Hey, you’re the Roots!”

Pitchfork: Did anybody yell stuff at Tunde while he was walking around Coney Island in that outfit?

BC: Well, what I’ve learned from this shoot is that Tunde dressed as Prince looks like Rick James. Everyone was like, “Hey, it’s Rick James!” It’s like, “No, it’s Prince!”

Pitchfork: That’s kind of a sad commentary on Rick James.

Pitchfork: I was curious about that “When Does Cry” shot where he frees the bird…

BC: I wanted him to release some doves but, apparently, if you release dovesÂ into the wildÂ that have been brought up in captivity, they die. But then my producer found this amazing website calledÂ I Dove New York— it’s this guy who basically raises white homing pigeons. So this guy came down and released them where we were shooting in Staten Island, and then they flew on home.

Pitchfork: What was your favorite moment from the shoot?

Anyway, while shooting there, Tunde started crying, and it was just awesome– it’s pretty rare to see someone give himself over to a music video like that.”