Music Video: The Strokes on SNL 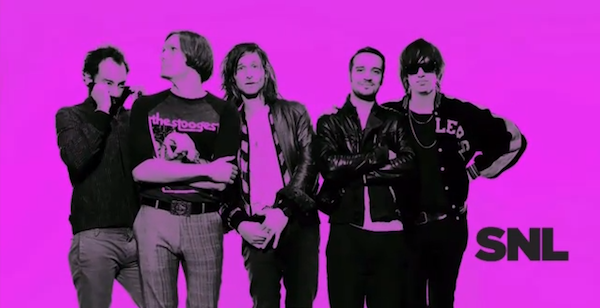 Shaded and passive as usual, Julian Casablancas and his equally vapid and rather shiny looking band members played “Under Cover of Darkness” and debuted the closing track “Life Is Simple In The Moonlight” from their first album since 2006. Angles will see light on March 22nd Â just after they set out on tour hitting up Japan, Spain, Las Vegas, Portugal, and of course Coachella!

Watch both videos below.