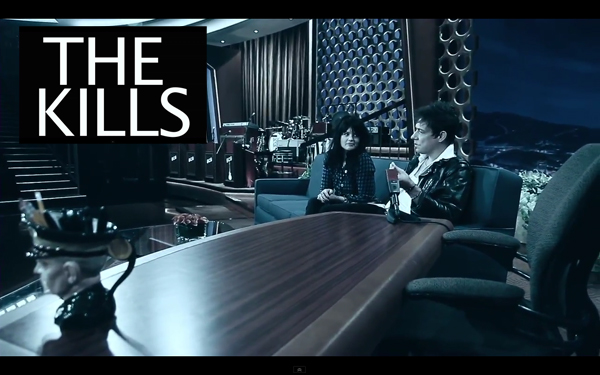 Here is the new video for the Kill’s track “Future Starts Slow” from the bands Blood Pressures album. The video was directed by Philip Andelman which plays out as a sort of tour travelogue, with plenty of onstage footage, airport carousels, on the “Conan” set, empty restaurants, hotel beds, etc. The video isn’t really all that exciting, but the track is dope. “Future Starts Slow” will be released as a single on June 28 digitally and July 19 physically with “Blue Moon” being the B-side via Domino. Watch the video below.