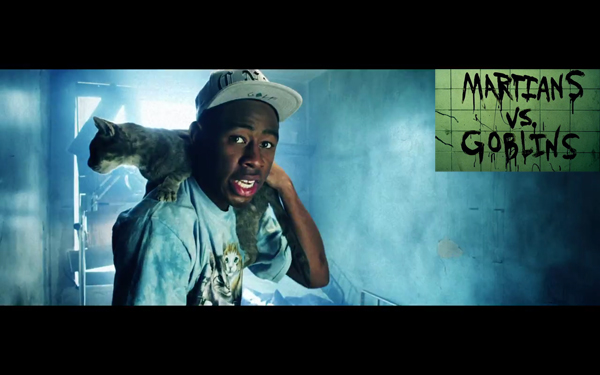 The video for Game’s collaborative track with Tyler The Creator and Lil Wayne, “Martians vs. Goblins” dropped, and boy is it ever something. Directed by Matt Alonzo, the very has the West Coast MC, rocking clear contacts, being pushed around an insane asylum in a straight-jacket. The video also features Tyler, the Creator aka Wolf Haley for this video, locked in a room with cats, that just so happen to compliment the sweatshirt he’s rocking. Weezy doesn’t make an appearance in the video, but Alonzo does a good job substituting his part. Watch the video now.