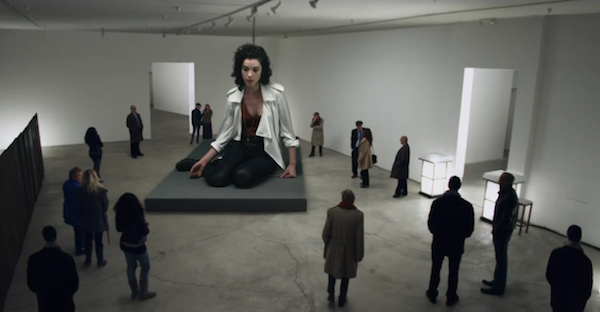 The video takes place in a modern museum and Annie Clark is the main exhibit. With all eyes on Clark she arrises from her stoop in the museum only to crumble. Watch the Hiro Murai directed video below.