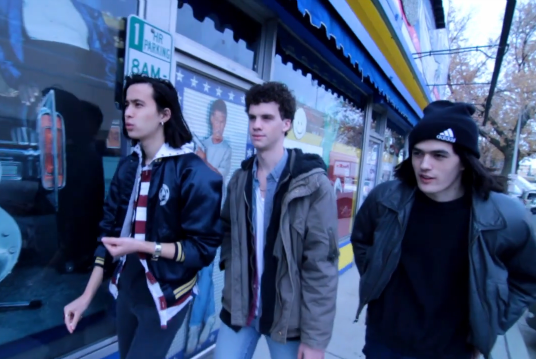 Chicago’s best glammy garage trio the Smith Westerns are back after their smash debut, steadily building hype for their upcoming sophomore album Dye It Blonde set to drop on January 18th via Fat Possum. Alongside their latest video release “Weekend” they’ve announced a sizable number of tour dates in North America, many with MGMT and Yuck, finishing up in Toronto on February 28th where they’ll play the Horseshoe.

Check out the video for “Weekend” which follows the boys as wander around shopping and eating like most folks do on weekends.