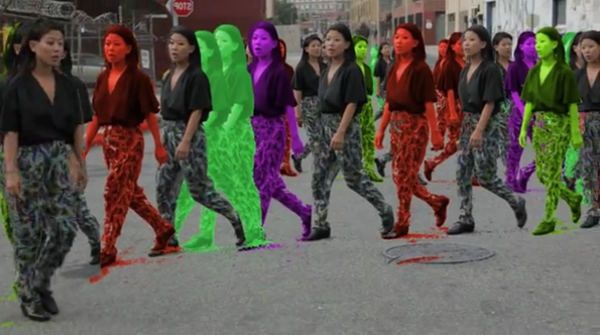 For those of you who don’t know Shit Robot, shame on you! Shit Robot is the moniker/alias of electro-house producer Marcus Lambkin, who’s signed to awesome label DFA Records! “Take Em Up” is the first official single from Shit Robot and features the vocal talent of Nancy Whang of LCD Soundsystem. The rest of the Shit Robot album features guest vocals from Hot Chip’s Alexis Taylor, LCD Soundsystem’s James Murphy, and the Juan MacLean, among others. Go ahead and watch the video below and get to know the very excellent Shit Robot! This video was directed and produced by Eoghan Kidney. Awesome!

Shit Robot – Take Em Up from Eoghan Kidney on Vimeo.