Music Video: Porcelain Raft “Something In Between” 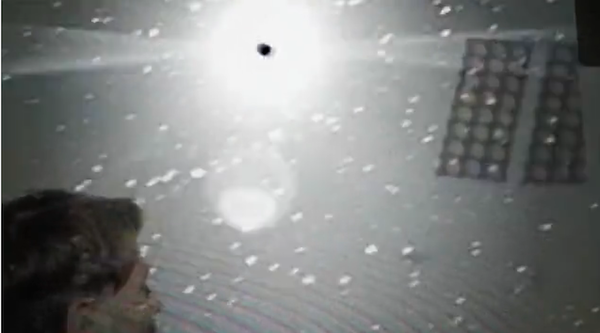 Mauro Remiddi brings us a new Porcelain Raft video today for a new track called “Something In Between” which will appear on the forthcoming b-side of “Unless You Speak From Your Heart” via Secretly Canadian on February 21st.

The video is a series of footage of a billboard overlaid with a butterfly fluttering. Remiddi had this to say about the video:

‘A few months ago I filmed the billboard you see at the beginning of the video. I forgot about those images I took until a week ago, while driving back after filming the video for ‘Unless You Speak From You Heart’, we saw the same exact billboard collapsed on the BQE, very close to where I live. That structure consisted of two different billboards that don’t face each other but are connected somehow. ‘Something In Between’ feels like the right title for that’
Mauro

Something In Between from Porcelain Raft