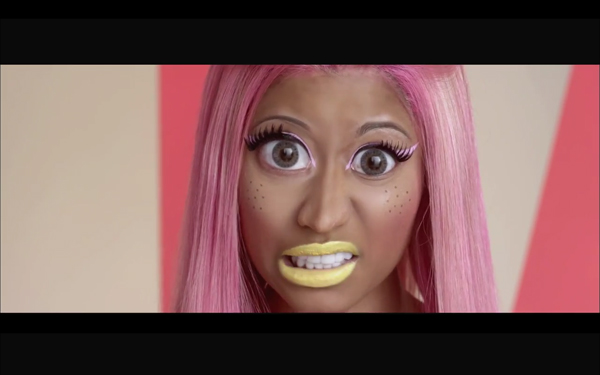 The “Female Weezy” aka Nicki Minaj is back with the official video for her single “Stupid Hoe” from her highly anticipated sophomore effort Pink Friday: Roman Reloaded. This single you may remember is the ferocious diss track aimed at Lil Kim, and Nicki goes Ether on it! The dramatically animated, seizure inducing video was directed by Hype Williams and is an intense visual display of bounced booty’s, half-naked Barbies, pink Ferrari’s and a butt-load (pun intended) of costume changes. Pink Friday: Roman Reloaded was originally schedule to drop Valentine’s Day, but has since been pushed back according to Nicki: