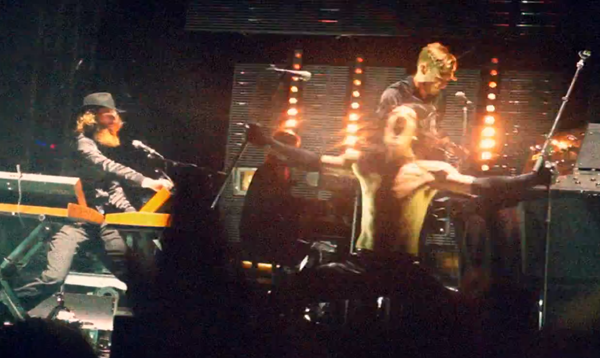 Miike Snow have dropped their bizarre video for their track “Pretender” which was filmed during their performance at this years Hard Festival in Los Angeles. The video features their friend/reoccurring character Jean Noel experiencing his first festival and learning all the in’s and out’s of the scene. Directed by Vern Moen, this is the fourth video in a series of featuring Jean Noel, a character created by video director Andreas Nilsson who also directed the first three videos for singles from the band’s latest album, Happy To You. Watch below.