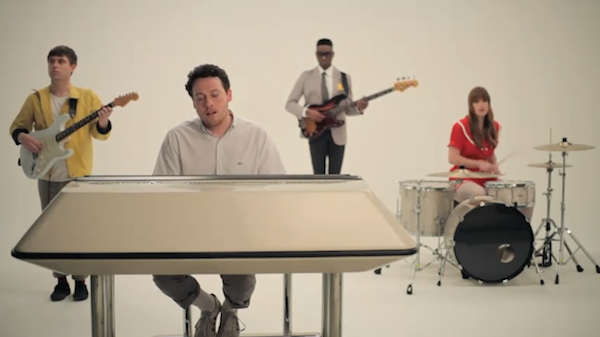 We remember a few years back when we first heard about London’s Metronomy and feeling kind of surprised that we had been missing out for such a long time. They’ve been around for ages and yet still remain small signed to the french label Because Music, while touring with big names like CSS, Bloc Party, and Klaxons.

They just released their third studio album The English Riviera and this super cute video directed by Lorenzo Fonda for “The Look” which you can check out below.