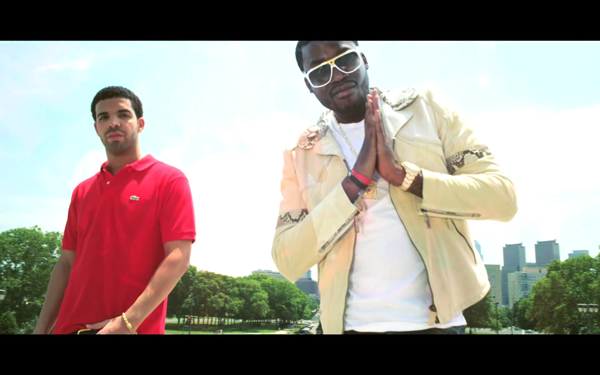 Meek Mill and Drake have dropped the visual for their track “Amen” fresh off Mill’s latest mixtape Dreamchasers 2. The video offers up a glimpse in the average day of the world-class rappers as they travel from performance to nightclub. The footage in the video is clearly from Drake’s current Club Paradise Summer Tour which features Meek Mill, as well as J. Cole, French Montana, Waka Flocka, and 2Chainz all of whom make cameos in the video. More than likely the track will be featured on Mill’s upcoming album Dreams and Nightmares set to drop on August 28. Watch below.