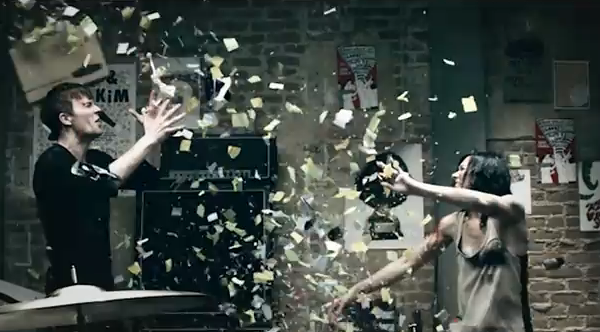 Brooklyn duo Matt & Kim have been back on the radar since they dropped Sidewalks about four months ago and have been selling out tour dates all over the world since.

They just released the first video from the album for the track “Cameras” and man is it ever a must watch. They continuously push the envelope in their videos, first with “Lessons Learned” in which they skip naked through Times Square and now this video, were they ruthlessly beat the crap out of each other ruining much of their equipment in the process.