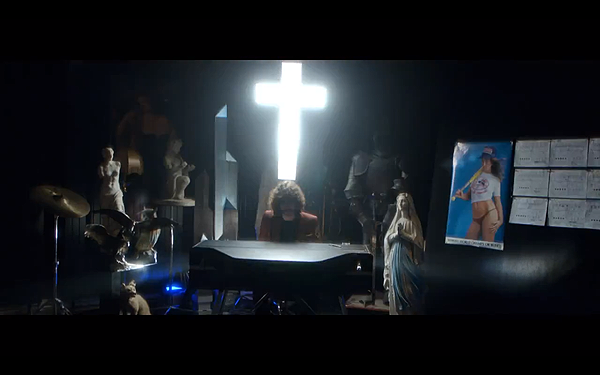 Last week we premiered the new Justice single “Audio, Video, Disco” from the upcoming sophomore album of the same name, today we present the official video for the single.

Audio, Video, Disco is scheduled to drop October 25, and in anticipation “Audio, Video, Disco” is the perfect lead-in single for the albums release. The lyrics are the song/album titled repeated in that hypnotic way, that will leave you singing it non-stop for hours, much the same way “D.A.N.C.E.” did. The video is three and a half minutes of dramatized song writing, as it plays heavy emphasis on live instrumentation from the two French boys. It’s a good video and a good song. I have a feeling Audio, Video, Disco is going to be an instant Dance classic!