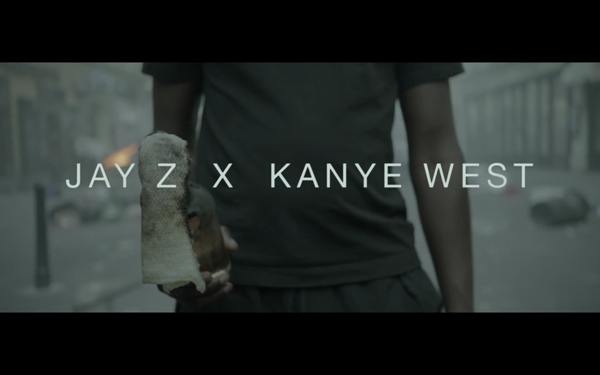 Jay-Z and Kanye West present their Romain Gavras directed “No Church in the Wild” video from their acclaimed Watch the Throne album. Featuring vocal accompaniment from Odd Future’s Frank Ocean, “No Church in the Wild” is a visual trip into a grime world. Romain Gavras you may remember directed M.I.A.’s “Bad Girls” and controversial “Born Free” videos and is back with another visual interpretation. The video does draw some very real parallels to what is happening over in Europe right now, and not surprisingly it was filmed last month in the streets of Prague. This is the third video from the Grammy-winning Watch the Throne album, which is fitting seeing as the two rap giants are on tour in Europe.  Watch it below.