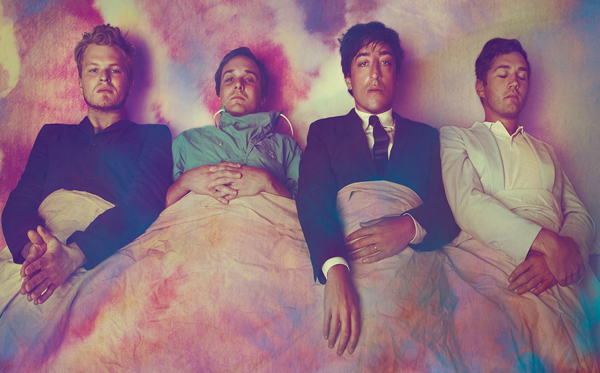 Last night Grizzly Bear performed a stellar set to a sold out crowd at the historic Massey Hall theatre in Toronto. Throughout the night the Brooklyn band brought out a couple of local friends to perform including Owen Pallett and Polaris 2012 prize winner Fiest. With so much love shown to Toronto, it comes as no real surprise that today, the band has dropped their official video for “Yet Again” from their critically acclaimed, recently released Shields album which was shot in Toronto. The video was produced by The Creators Project in partnership with Warp Records and was directed by Emily Kai Bock. The very… odd video features a young figure-skater who finds herself magically transported into a surreal world full of carnies and cowboys all set in a Twin Peaks-esque world. Watch below.