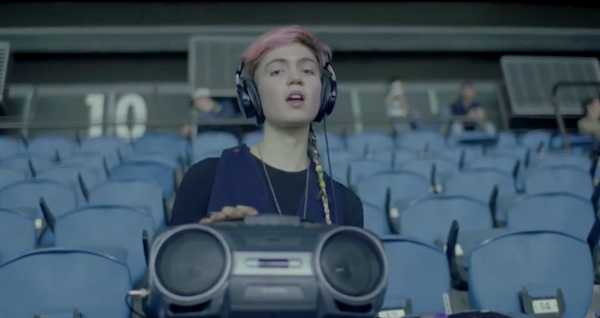 Vancouver native, Montreal based electro synth popper Grimes has released a brand new video for the ever popular track “Oblivion” off her debut record Visions.

The video Emily Kai Bock directed clip takes place at a motocross race in a stadium somewhere with a bunch of topless painted white trash dudes getting really into the show while Claire Boucher plays her tracks on a boom box and sings along on headphones.

Watch the clip below for “Oblivion” and be sure to catch Grimes in Toronto on March 19th, but good luck finding tickets, it’s been sold out for a while now.