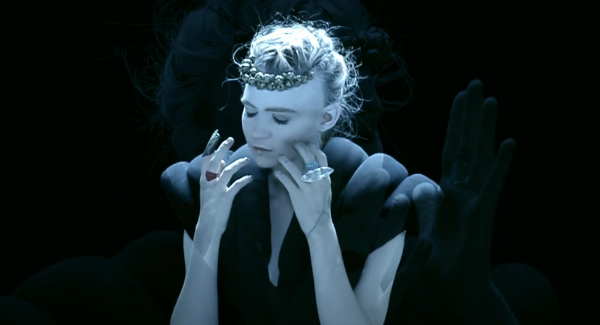 Remember last week when we showed you those pussy rings Grimes collaborated on with Montreal sculpter Morgan Black? Well you can see one in action on Claire Boucher in her new video for “Nightmusic’ featuring tour mates Majical Cloudz off the debut Visions.

Directed by John Londono, the video for “Nightmusic” (aka. the song in which we have no idea what she’s saying) features creepy scenes in a forest with a naked couple spooning each other spliced with images of Grimes in a pretty kick ass get up. Watch below.