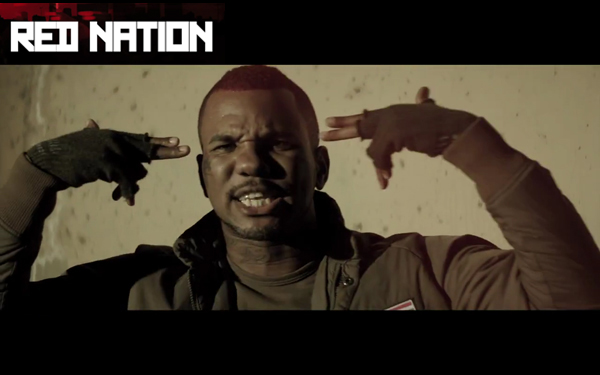 West Coast rapper Game’s highly “controversial” video for “Red Nation,” featuring Lil Wayne, the first single from his oft-delayed R.E.D. album is finally here. The Parris-directed clip was banned from MTV and BET due to its affiliation with the notorious Bloods gang. Luckily for us, MTV and BET are over, and the video has found its proper place on the Internet. Sporting a red Mohawk, Game shows us he’s the real thing, and reminds us just how skilled with words he is. R.E.D. is going to be BANGING! Enjoy!