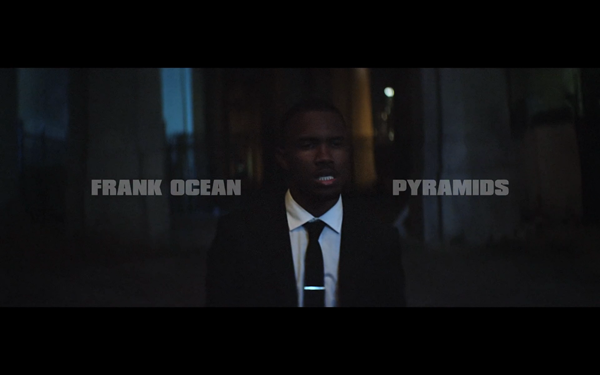 After performing on the season premiere of “SNL,” Frank Ocean drops the Nabil directed video for “Pyramids” the nine-minute plus track from his official debut channel ORANGE. The video has Ocean pounding some Absinthe, shooting up a bar, then riding dirty on a motorcycle through the desert. The song about a stripper wouldn’t be complete without a stop at a strip club in the middle of the desert and a surprisingly dope guitar solo from John Mayer. I was pleasantly surprised with the direction that Nabil, who does fantastic work, took with the video considering the song is, as mentioned before, nine-minutes long. This is a great visual representation of a great song. Watch below.