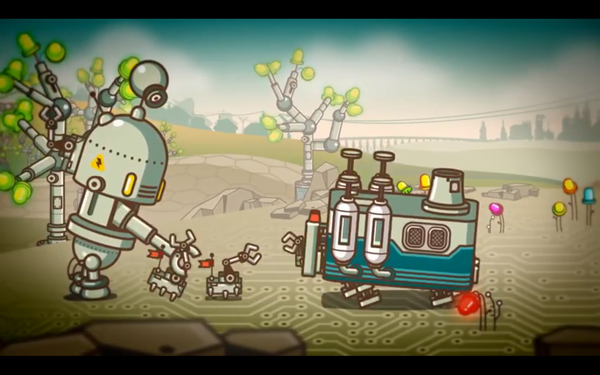 In anticipation of the release of his upcoming album, Until The Quiet Comes, Flying Lotus has released a new animated music video for the track “Putty Boy Strut.” The video takes place in a circuit-board-world in which a robot slowly consumes everything from circuit-board nature to circuit-board city. The video came off as an analogy of rampant consumerism and consumption that we in North America seem to suffer from. I could be wrong, but either way watch the video directed by Cyriak Harris below.