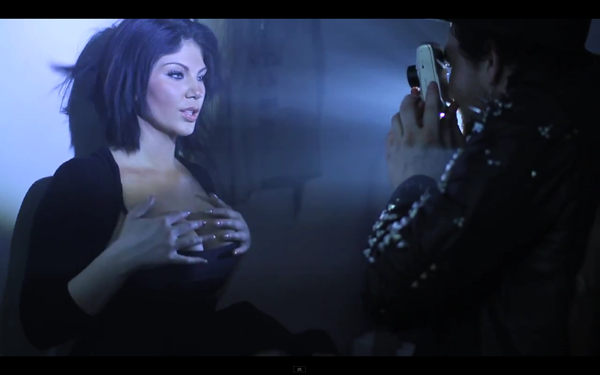 Fam-Lay’s rare, Neptunes produced song “Skrung Out” gets a sex, drugs, and paranoia fueled new visual from director Shomi Patwary and co-director Richard Perkins. A bootlegged copy of “Skrung Owt” has been circulating around the net for years and the instrumental was even used by Tyler, the Creator for his mixtape track “Splatter,” which has had over three million plays on YouTube. Director Shomi Patwary captures the ominous and desperate mood of Fam-Lay’s song with jarring perfection; the beat itself was composed while Pharrell watched Stanley Kubrick’s The Shining, a tribute to which can be seen in the video. Watch it below.