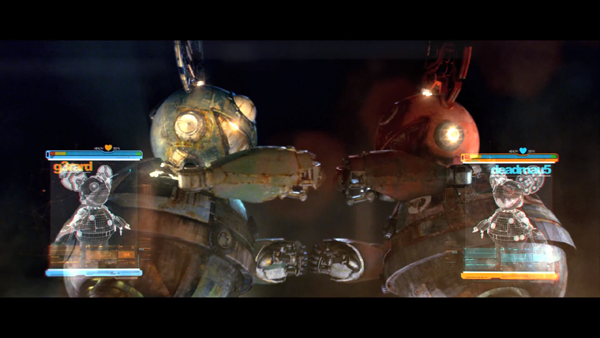 Canadian Electronic Dance Music producer/DJ/wonderboy Deadmau5 has dropped the official video for his track “Professional Griefers” featuring Gerrard Way of My Chemical Romance. The video is a high-tech UFC battle royal featuring two giant robotic Mau5es. The very expensive video has Mau5, aka Joel Zimmerman acting the fool as his robot fights to the death in front of hundreds of excited fans. The video is entertaining and funny, and the song isn’t that bad either.  “Professional Griefers” will be part of Mau5’s upcoming album >album title goes here< set to drop September 25. Watch below.