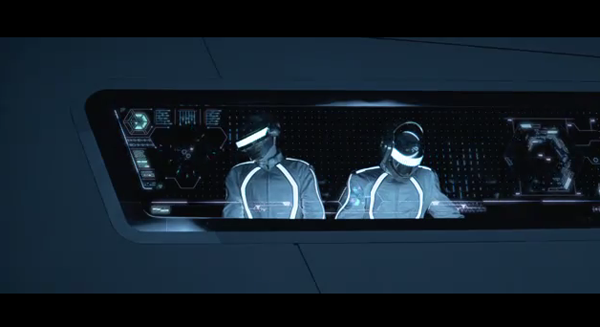 Here is the first “Official” look at anything Daft Punk / TRON: Legacy related from the upcoming Walt Disney film. This Daft Punk video/TRON: Legacy video/trailer is pretty intense and features the track “Derezzed” from the forthcoming motion picture’s soundtrack. The film looks great, but even if it ends up being garbage, you know the soundtrack will be pretty much awesome. Go ahead and watch the short clip which will have you fiending for more!