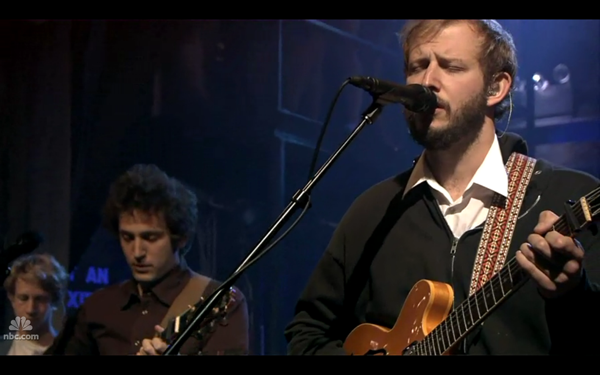 Rolling with the momentum, Justin Vernon and company are working the late night television circuit in promotion of the JUST release Bon Iver album. On Monday the band played “The Colbert Report” and last night, they performed “Holocene” on “Late Night with Jimmy Fallon.” Apparently Kanye was suppose to show up and perform with Bon Iver, however that was a no go. After the performance drummer extraordinaire Questlove Tweeted, “‘Holocene’ might be the most beautiful moment on @latenightjimmy. i think i just grew some wings.” Enjoy!