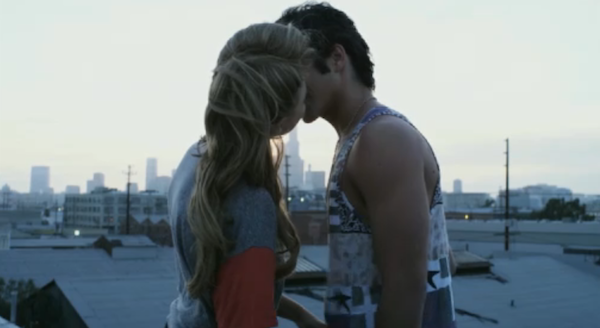 Best Coast videos are pretty much awesome, from cat camera crew and directors in “Crazy For You”, to girls machine gunning pies, candy, and whipped cream into the face of men in “Gone Again”, and now there’s a full-fledged mini film for “Our Deal” directed by Drew Barrymore.

The video, which debuted on MTV, is a modern-day Romeo and Juliet meets West Side Story featuring Chloe Moretz as the leading lady, Donald Glover, Miranda Cosgrove, and Alia Shawkat (Maeby from Arrested Development), among others. There’s some pretty great costumes and hair in the video, so we should definitely credit Alicia Lombardini for the styling.

Watch the official video in Canada here, and in the US, below.