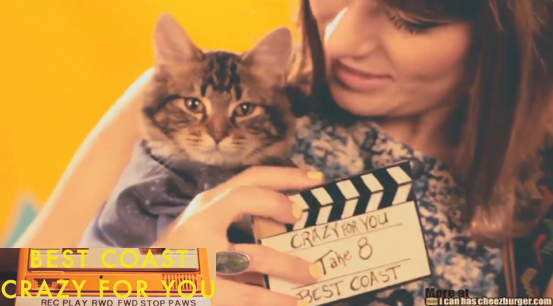 This Best Coast video was too hilarious to pass up! Not only does it rip off Wes Andereson’s signature font but there are tons of cats, dressed up on a film set to shoot the bands new video.

Watch the video below for “Crazy For You”, which was aptly debuted on a website devoted to cat photos with complimenting captions on each shot. Basically the band does 300 takes for their demanding cat-director, they get high on “catnip”, and hug it out.