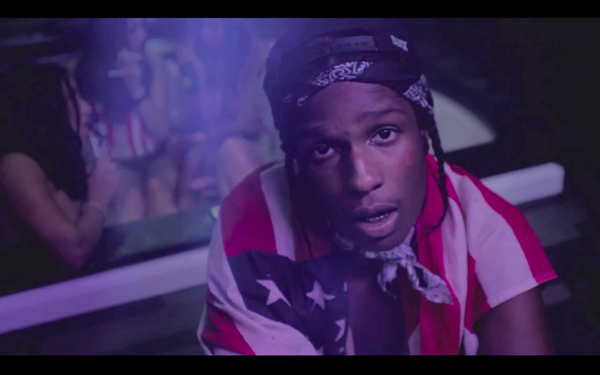 You have got to love Rocky! It seems like every time he drops a video now, they contains some very sexy NSFW type images, and “Purple Kisses” is no exception. Yesterday Pretty Flacko confirmed the A$AP Mob album title and August 28 release date, Rocky has dropped the first video from the upcoming project. Produced by Very Rare, the video is a purple-tinged visual full of almost naked women, drinking, doing drugs and licking up on each other, all the while high fashion brands fill the screen. “Purple Kisses” will appear on the A$AP Mob mixtape, Lord$ Never Worry, which will be released via LiveMixtape.com on August 28th. Watch the video below.