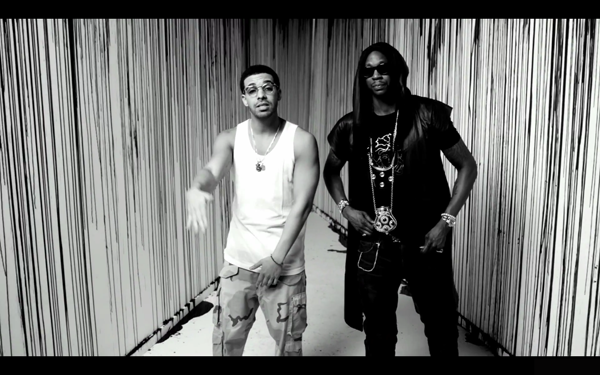 Definitely not my favourite track, and there is something about 2 Chainz that I just find… boring, but at least he went hard alongside Drake in the video for “No Lie.” The single is the off of 2 Chainz’ debut album Based on a T.R.U. Story, dropping August 14 via Def Jam. The video was directed by fellow Canadian X, who shots the two rappers in black and white, while black paint runs down the white walls in a very Krink-esque kind of way. Watch below.