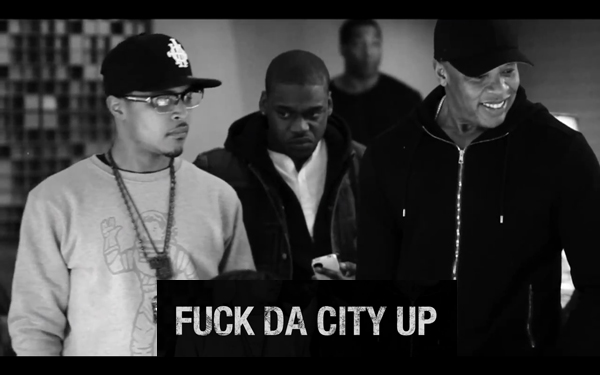 T.I.’s Fuck Da City Up mixtape is set to drop January 1, 2012, and an official trailer has been released featuring the Atlanta emcee in the studio with Dr. Dre. The visual was directed by the Motion Family and shows T.I. in the both spitting fire! I am definitely pumped for this album, and after you watch the trailer you will be too.