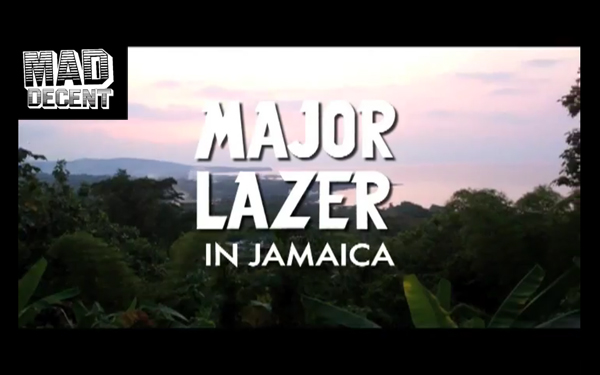 Producers Diplo and Switch are at it again working on their much-anticipated sophomore album for their Major Lazer project. Mostly recorded at Gee Jam Studios in Port Antonio in Jamaica, the guys share a brief video of their studio experience that features snippets of three new Major Lazer songs. The album teaser also gives us the first glimpse as to who will appear on the album including Jah Dan, Vybz Kartel, Amber and Dave from Dirty Projectors.Â  The first single from the album is set to drop in the very near future with a video coming shortly afterwards. In the meantime watch the album teaser video below. Enjoy.