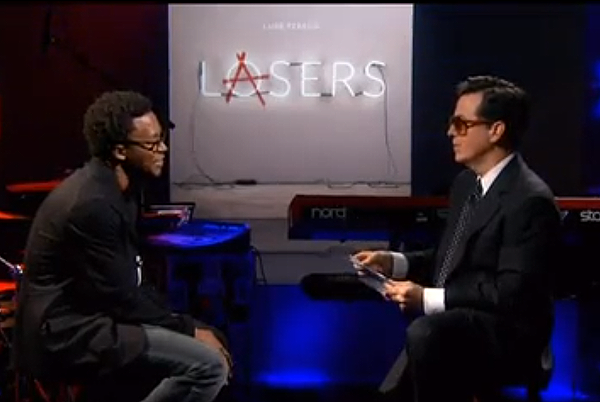 Last night Lupe Fiasco spent some time on the Comedy Central’s “Colbert Report,” first talking politics then performing “Words I Never Said” with Skylar Grey. It was an interesting and telling segment with an outspoken Lupe expressing his opinion on Osama bin Laden’s death, President Obama, and even going so far as to say  “always criticize power,” Even if you agree with it, you should criticize power.” Watch the whole segment below and be thankful someone in the entertainment industry is actually paying attention. Enjoy.