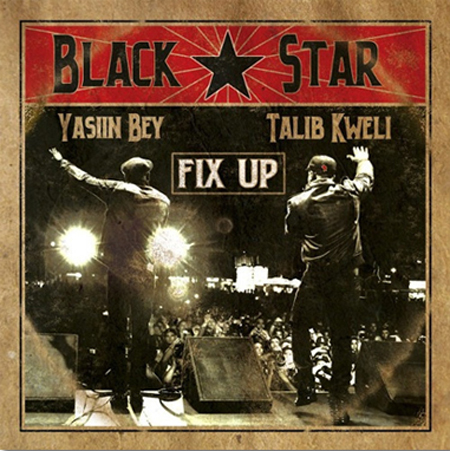 Finally Yasiin Bey, formerly known as Mos Def, and Talib Kweli have officially reunited as Black Star and drop the official version of their new song “Fix Up.” You may remember “Fix Up” from the live performance premiered on The Colbert Report back in October. Give the track a listen below, then head on over and read our review of the Black Star show in Toronto. Oh and don’t worry a Black Star reunion album is set to drop in 2012.