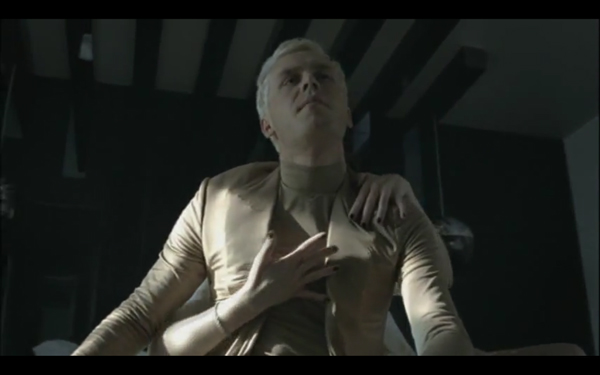 Check out the video, it is really good. Mr. Hudson, is a rising star, trust me on this. His sophomore album Straight No Chaser, just dropped and I have to say I am really enjoying it. However!  I do  feel that it is a couple months to late. Why you may ask? Well, the majority of the songs feature auto tune in someway or another and even the tracks featuring Kanye are a little to 808’s and Heartbreak. Auto tune is so last January, and we’re all past that now. So at times the album does feel like it is about 6 months late. I suppose that is the down side to signing to a small label like Mr. West’s G.O.O.D. music, you have to make sure that each of your artist get equal promotion and hype and you have to stagger the releases so as not to overlap too much. So 808’s at the beginning of the year, then Common, then Kid Cudi, and now Mr. Hudson.

Perhaps this is the problem with modern music distribution everything moves so fast that an album that came out 10 months ago is such old news and the style is already redundant. Sometimes I think about our somewhat distant past and think about how long it would take for a new Mozart piece to be disseminated amongst the general population. I doubt anyone was saying, “oh this is so last January.”

Other then that the album is really enjoyable and I strongly suggest you all give it a listen and checkout the video below.