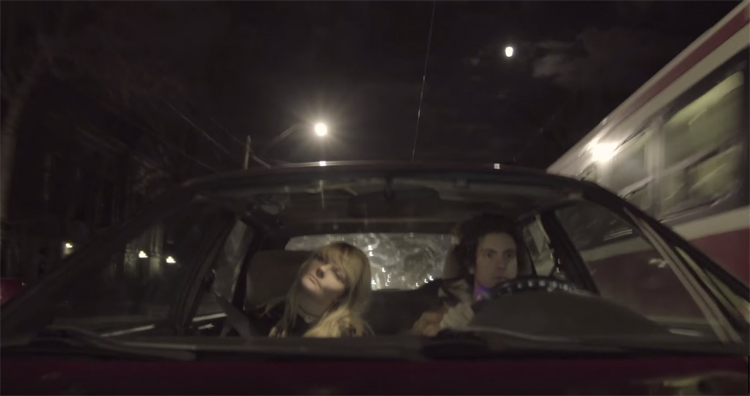 “Roswell is all about constant motion—the song is meant to evoke the repetition and momentum of the freeway, and the video is an extension of that feeling. There isn’t a beginning or an end, it just goes on forever. We shot it with Mac while driving around Toronto late at night, to capture the atmosphere of the city we grew up in.”

Moon King’s debut album Secret Life is out now on Last Gang. They’re also currently on tour with Youth Lagoon. Catch them live at one of the dates below.