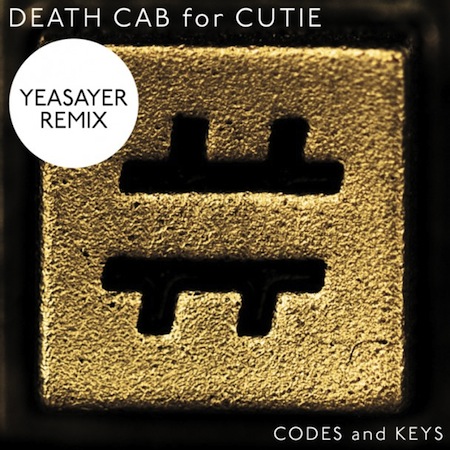 We’re suckers for sappy rock, so obviously we like Death Cab for Cutie, and another one of our favourite electro rock bands, Yeasayer, has got hold of their single “Codes And Keys” off the album by the same name and remixed it into a danceable track.

It will appear on Death Cab’s Codes And Keys Remix EP which will be out later this month. Usually we don’t get too excited over indie remixes, but this one is pretty good. Hear it below and buy the remix here.