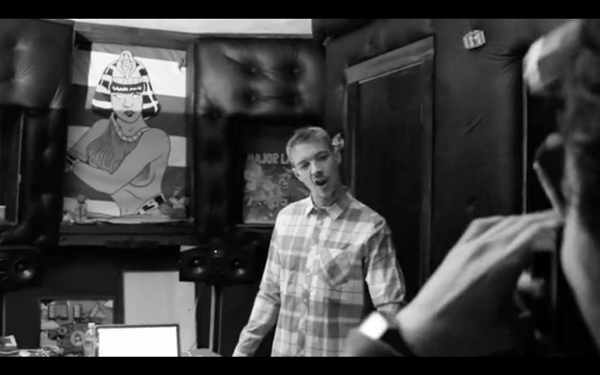 If I’ve said it once, I’ve said it dozen times, Mishka is my favourite urban streetwear clothing brand! This teaser video below of the upcoming Summer 2011 lookbook confirms this bold statement. For the upcoming lookbook, the brand enlisted several of their friends to partake in the shoot, including 12th Planet, Diplo with lil’ Diplo AKA Diaperlo, The ’87 Stick Up Kids, Nathan from Wavves, The Glitch Mob, Nadastrom, Tearist, Congorock, Health and Pictureplane. They always get the coolest people to model their gear.

â€œYou may notice our â€œNuke â€˜Emâ€ cap at the start of the video, on 12th Planet. The cap was designed over a year ago, and the lookbook and this video were shot before recent events in Japan. I know weâ€™ve been known to push the boundaries of good taste, but we couldnâ€™t in good conscious release it after the tragedies that have befallen Japan. In the past week we have worked with New Era to destroy the entire run.â€