Charlotte Cornfield has a knack for capturing small moments that make big feelings. A previous Polaris Music Prize Long List nominee for her 2019 release The Shape of Your Name, Charlotte Cornfield’s latest album is her fourth, titled Highs in the Minuses (some cute word play on cold Canadian weather). Written partially over early lockdown days and released in the fall of 2021, the Toronto artist has only recently been able to start touring these new songs. The record is not just a time capsule though.

Tracks like “Partner In Crime” are quick to charm with it’s heartbeat bass line and the lyrics “there was so much bad news before I met you,” while “Headlines” reflects on that big pandemic mood. “Pac-Man” (despite the fun name) ruminates on a misleading love gone wrong, with Cornfield relating her love interest to a Pac-Man “eating everything in site” & “Drunk for You” is a soft piano ballad of heartbreak and being “caught up in our sad ballet,” being pushed away by the one you’ve fallen for. Each song on the album is rich with detailed moments painted smoothly by Cornfield’s way with words, her storytelling and her guitar sound. It hits you in the heart without wallowing.

Released on Next Door Records as well as making her US label debut, Highs in the Minuses is a record that quickly sinks under your skin with Cornfield’s off the cuff casual yet cozy lyric style that sounds like you’re catching up with a friend. Check out our interview with Charlotte Cornfield below, along with some photos from her show this past May at Toronto’s Longboat Hall, presented by Venus Fest. 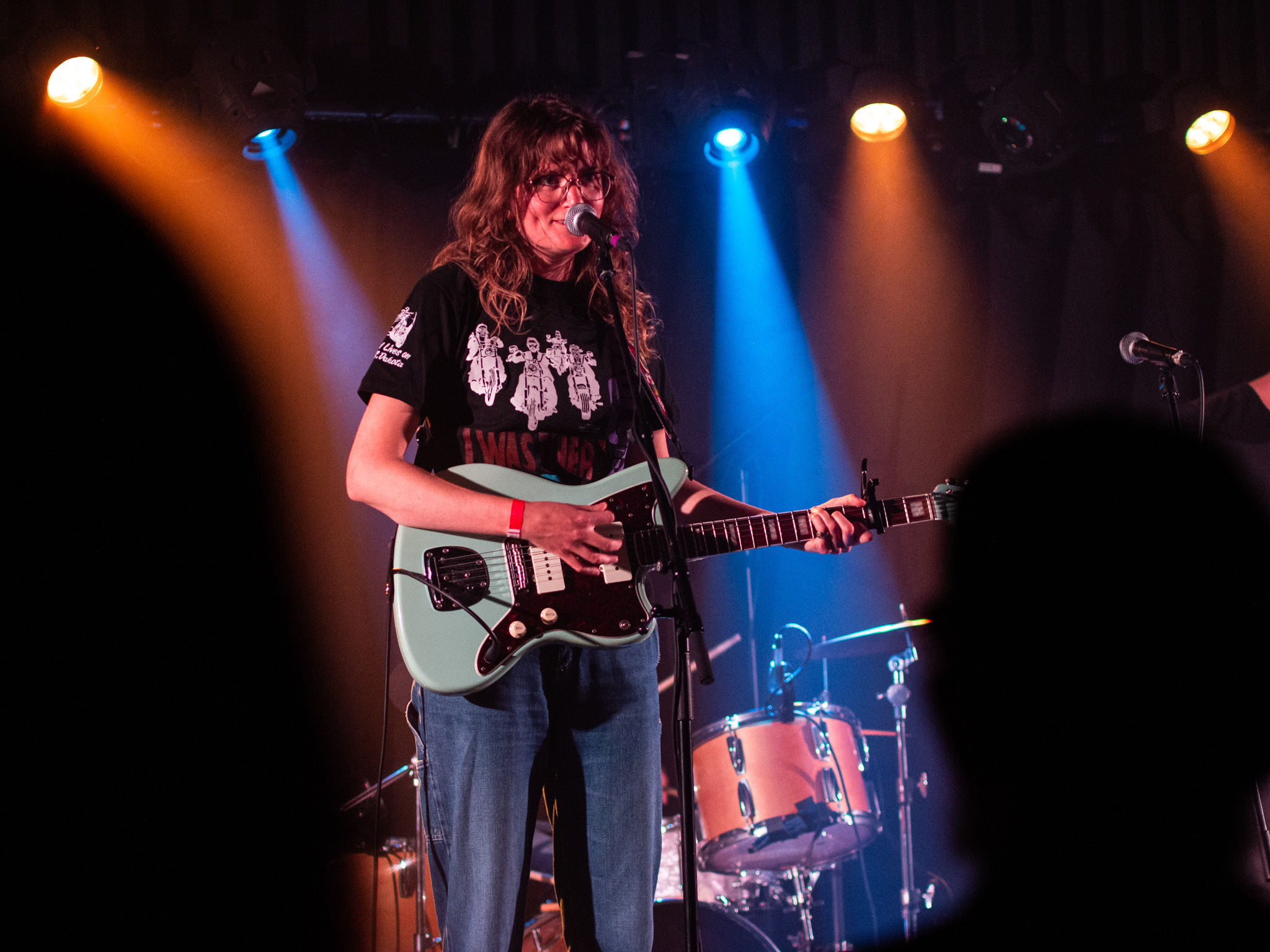 Sidewalk Hustle: How does it feel to sing these lockdown inspired songs, now touring while the pandemic still lingers?

Charlotte Cornfield: It feels good. It just feels so good to play in general. Shows feel more potent now, and emotional, and even though the pandemic is very much still out there it is such a beautiful thing that live music is back. I feel really grateful to have been able to get out and play these songs over the last bunch of months. It felt like a long time coming. I guess “Headlines” is the one song with overt Covid/lockdown references, and despite the grim subject matter it always feels good to play that one because there’s this upbeat thread of optimism that runs through it, somehow. 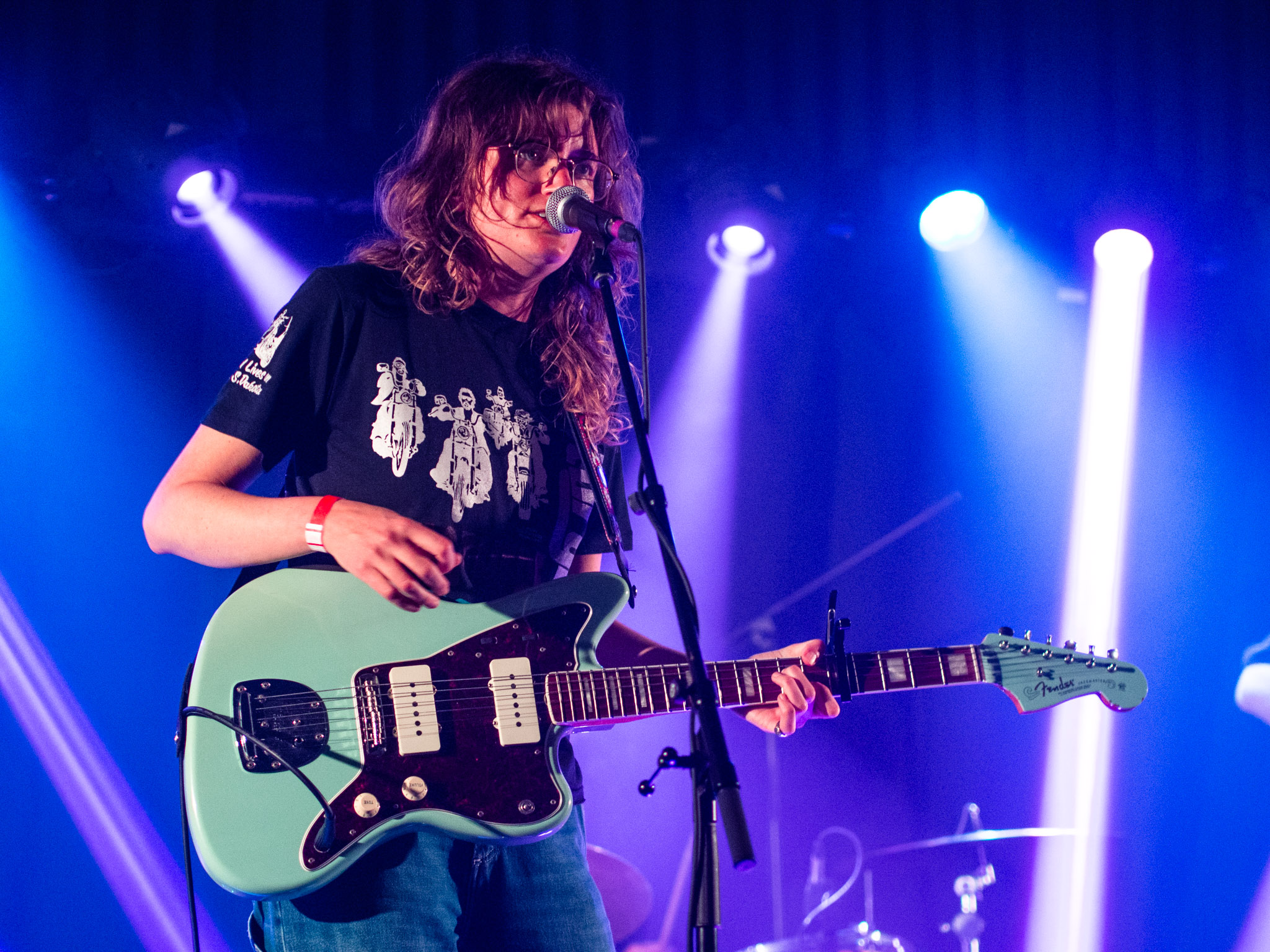 As you have been releasing music for many years now, what’s your strategy when putting together your live setlist?

It’s changed over time but lately I like to start with something pretty intimate and quiet, just to set the tone, and then open it up to a bigger sound before bringing it back to a more emotional place. For a long time I was closing out the set with “Silver Civic”, which leaves things in a melancholy place, but these days I’ve been having fun ending with “Partner in Crime”, which is a positive and hopeful love song. In terms of the arc of the set, I think dynamics are really important, and not making jarring changes that detract from the moment in any way. Venue and time of day also play a role, so I always adjust the set to work with the feel of the space as well. 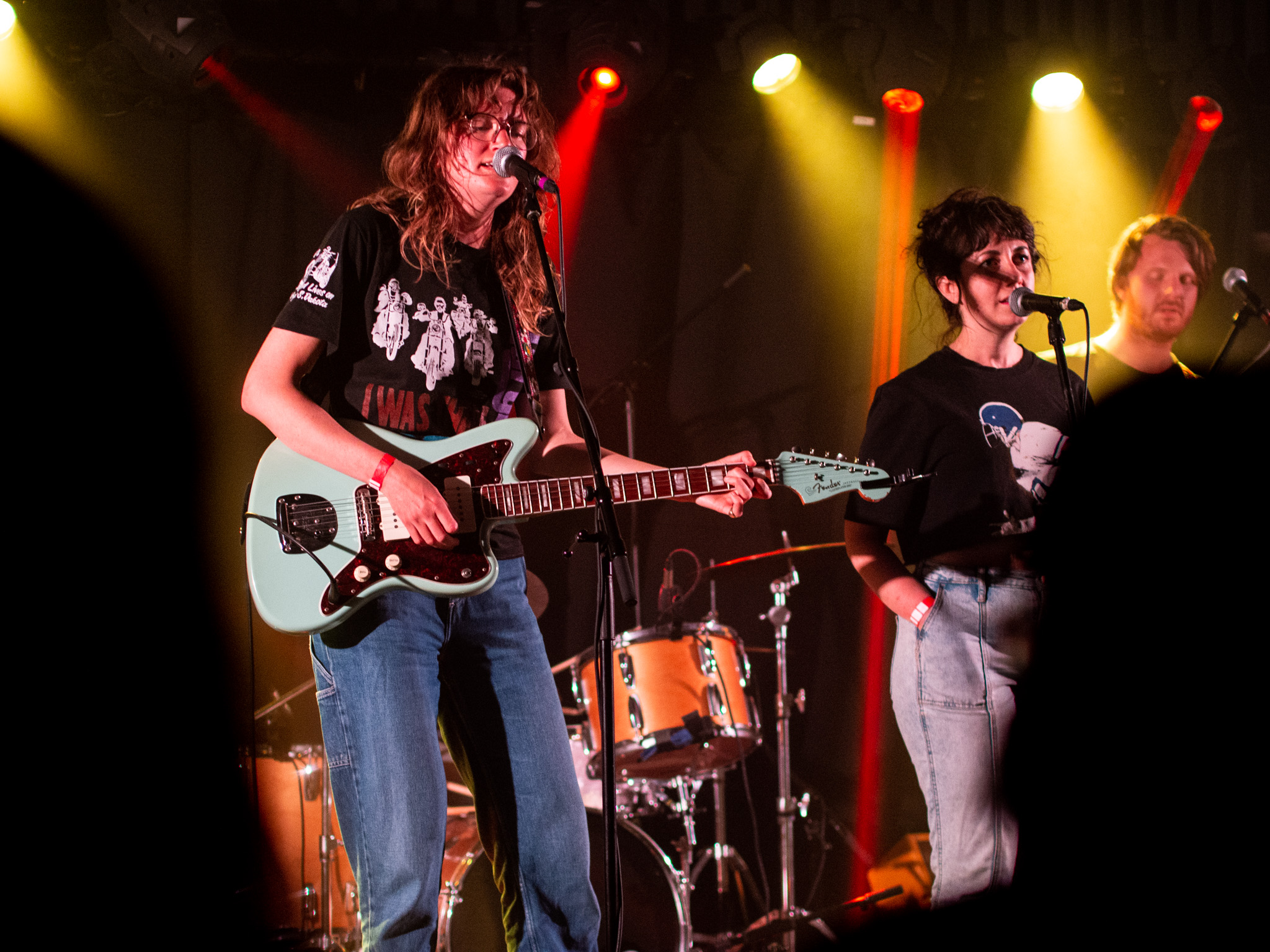 How do you think your experience working at a music venue [a booker at The Burdock] changed your perspective as an artist?

Just seeing so many great shows all the time put me in a place where I wanted to push myself further as a songwriter and musician. It was very inspiring. And the community that orbited around the space was so strong and supportive, which really just cemented for me how central community is to my musical existence. When I left my gig at the venue, it was with a newfound appreciation for what it means to be a musician, and for how much of a gift and a constant music has been in my life. 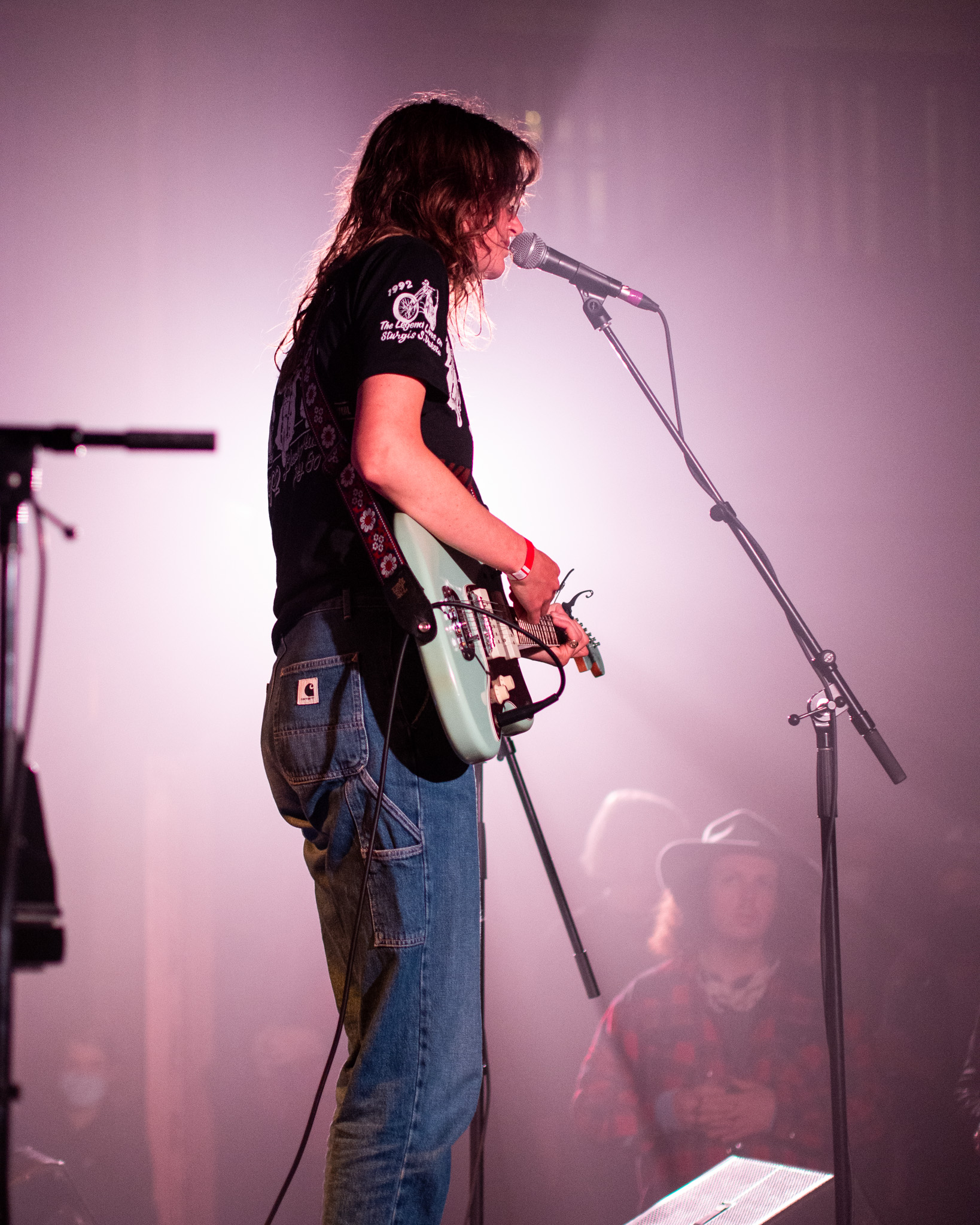 As someone who went to university for music, how do you think it shaped you as an artist? What advice would you give artists who can’t afford going to school for music?

It was definitely a gift and a privilege to go to school for music, and I was lucky have some great teachers who I learned a lot from, but when I think back on the growth that happened during that time it was all outside of school, playing my first shows in venues and putting bands together and going on my first tours. None of those things were part of my school life, though some of the people involved were folks who I met at school. There’s so much learning that can be done without school, by just observing peers and getting to know people and going to hear people play and by just trying things out. And we’re lucky to be in this age where you don’t necessarily need to buy a concert ticket to see a great show. There’s this huge archive of great performances online and and so much learning that can be done at home. I would just say listen to music, play music, immerse yourself in it if it’s something you want to do. 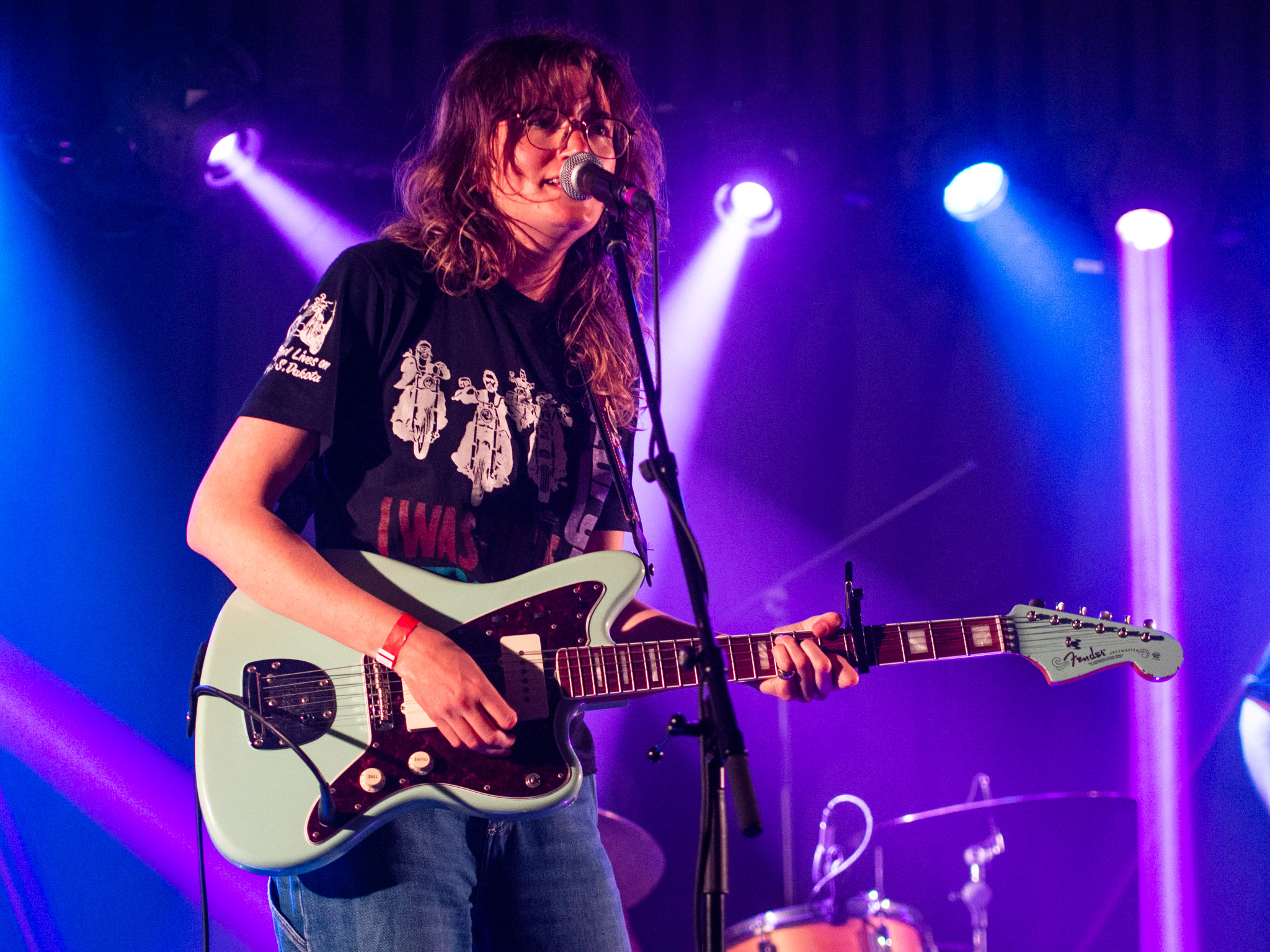 What’s your favourite part of the writing process? The studio process? And playing live/touring?

To me the most powerful and gratifying aspect of songwriting is the rare moment when an unlocking happens, when a piece of the puzzle reveals itself and there’s kind of an “a-ha” moment. Those moments are completely unpredictable and seem to come out of nowhere, like lightning striking. They’re mysterious and humbling. And for me they always happens when I’m writing alone. 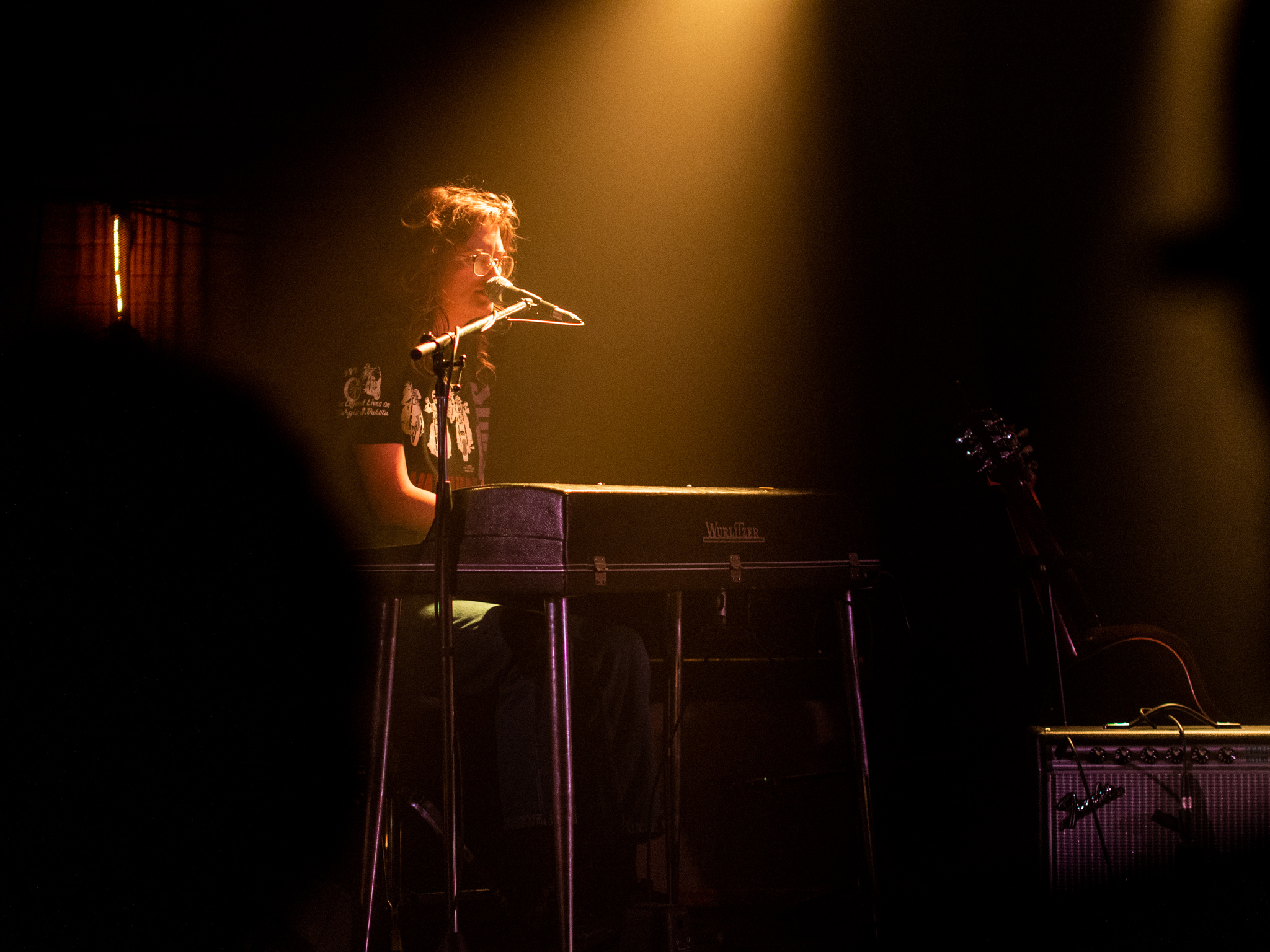 Who should we be listening to who we maybe haven’t heard of? What are you listening to these days (new or old)?

I just watched some footage of Joni Mitchell’s surprise appearance at Newport Folk Fest this year, and I’ve basically been crying for 12 hours. It’s just so incredible to see this legend onstage at the age of 78, having been through so much, singing these songs with such feeling and potency that they feel brand new. It’s so moving.

In terms of some records that have been on rotation for me lately, Leo Nocentelli’s album Another Side is a big one. It was reissued on Light in the Attic last year. My friend just introduced me to a live Aretha Franklin album called Amazing Grace, which is really special. And another older record I’ve been loving called Out of the Blue, by Blue Gene Tyranny, which has some beautiful songwriting on it.

There is a lot of great new music coming out of Toronto and Montreal that I’m really excited about: Poolblood and Bells Larsen both have records coming out soon, Eliza Niemi and Louie Short are making great music that I love. The Jasmyn album In the Wild is incredible [check out our 2016 15 Minutes with Jasmyn’s former band Weaves here]. Blunt Chunks, Evan J. Cartwright, Sister Ray, Zoon, so much great stuff. 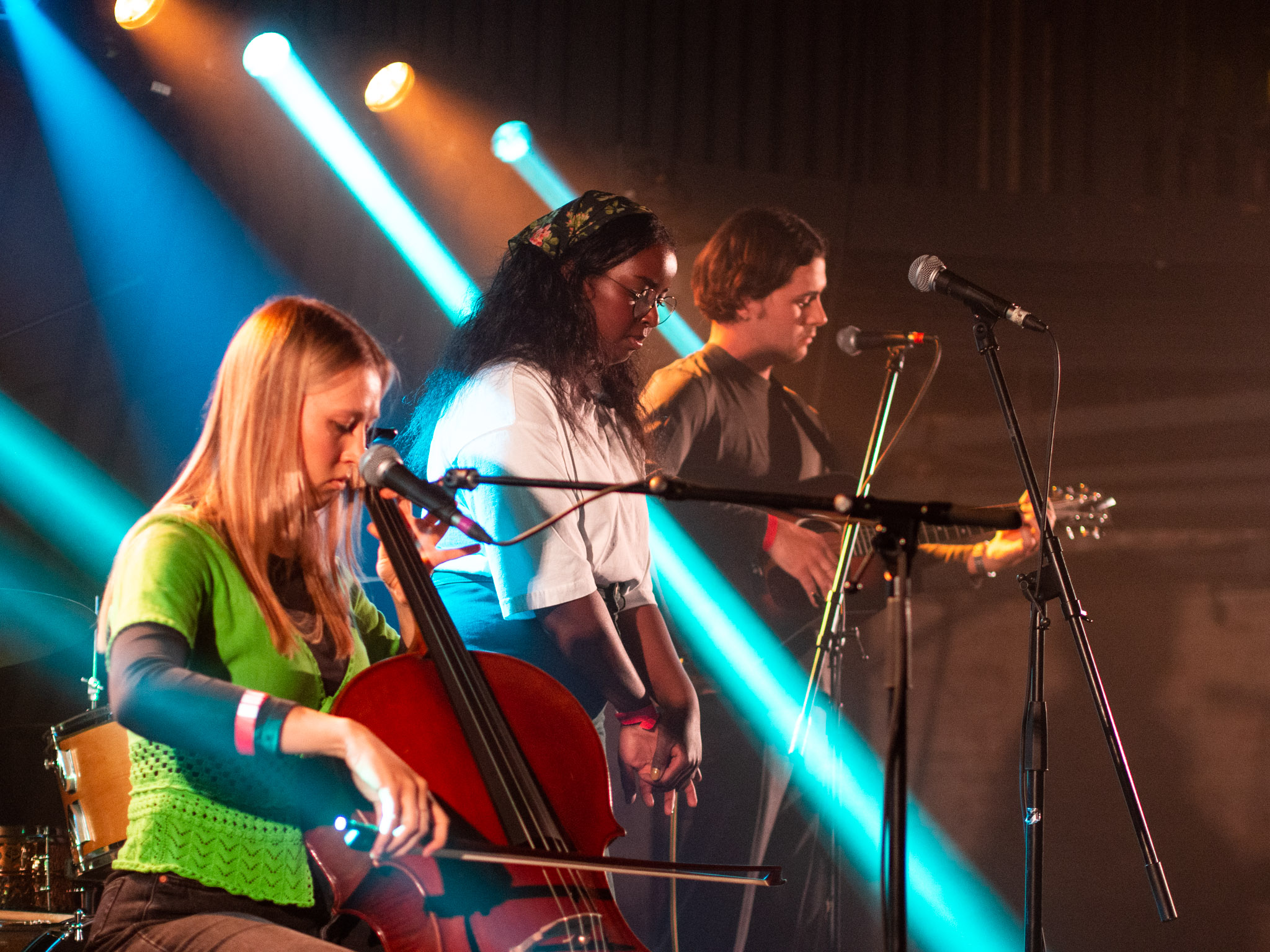 Highs in the Minuses is out now on Next Door Records in Canada and Polyvinyl / Double Double Whammy everywhere else.

Check out Charlotte Cornfield on tour in Europe at the dates below.

Check out more of our 15 Minutes With series here.