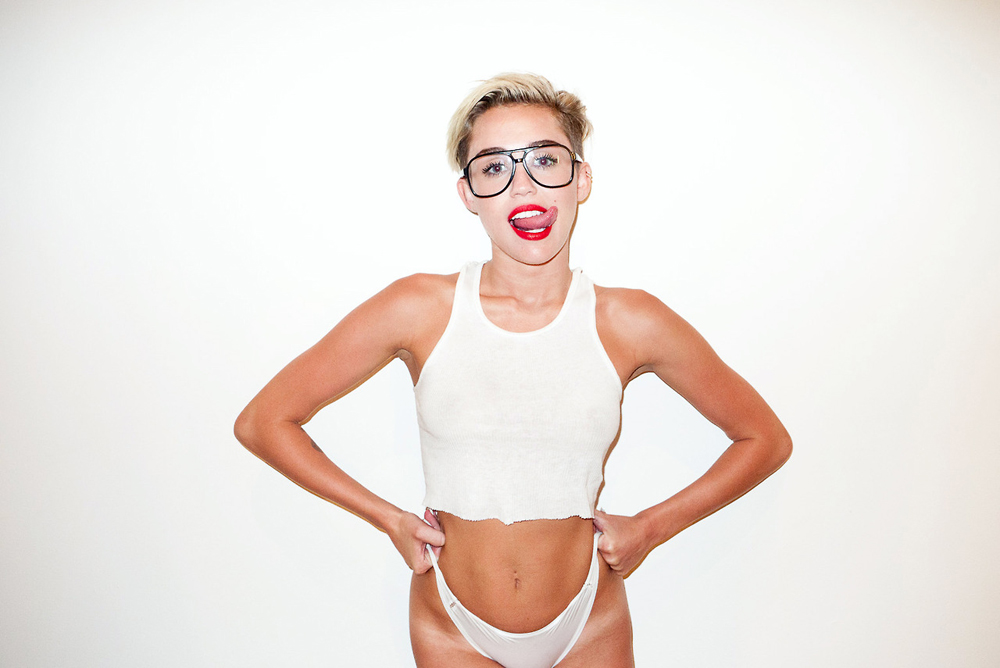 Once again the much-talked about Miley Cyrus has teamed up with prolific and controversial photographer Terry Richardson for another round of photographs. The pictures feature the young pop star in underwear and a tank-top sticking out her tongue, smoking, and looking serious. The photographs were released to build hype for Miley’s new music video for “Wrecking Ball” which was directed by Richardson. 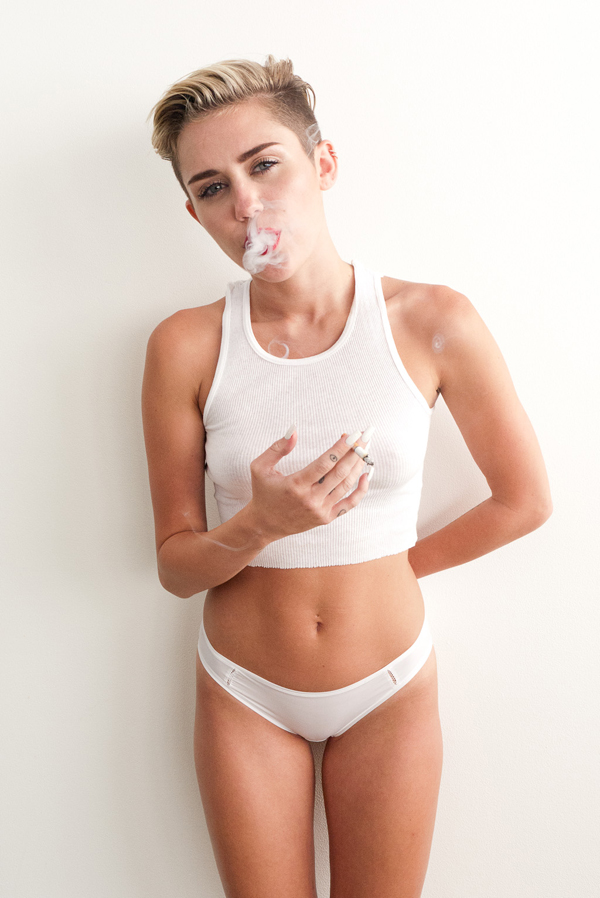 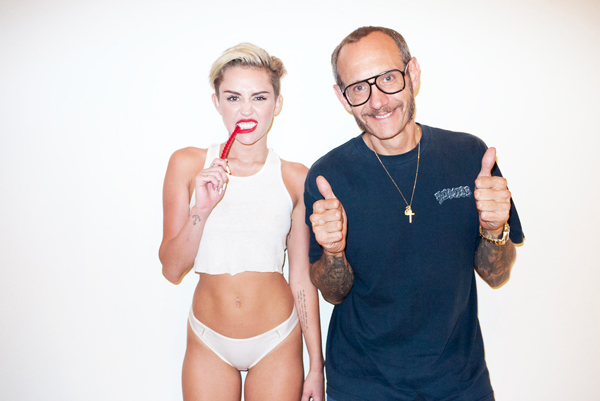 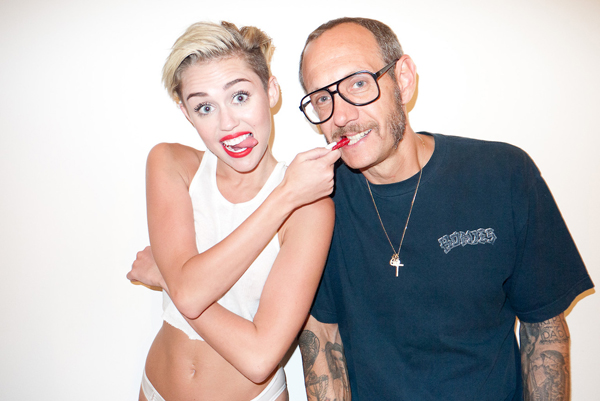 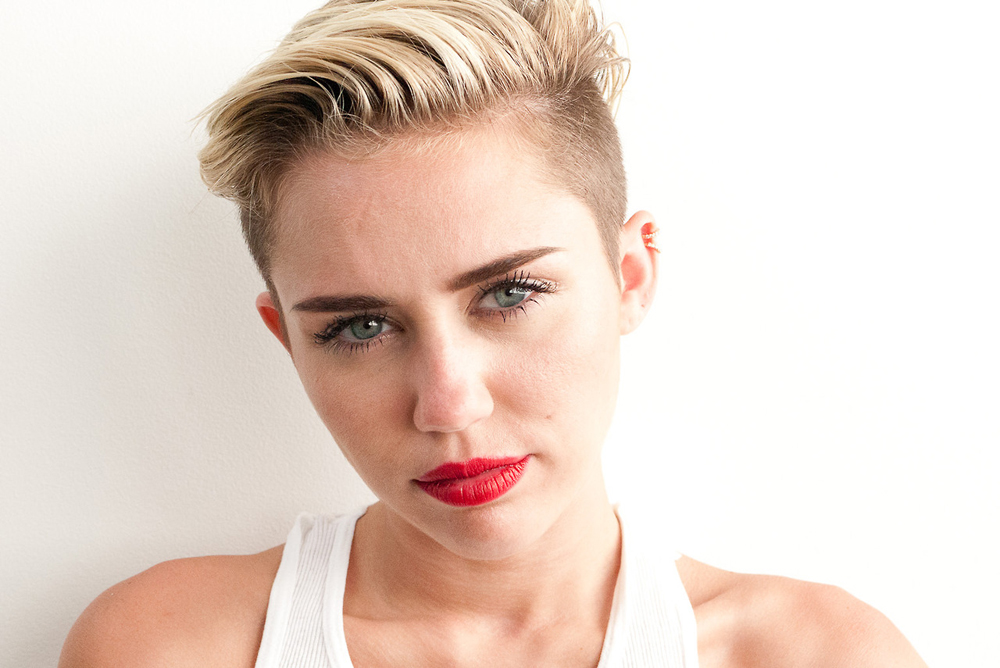 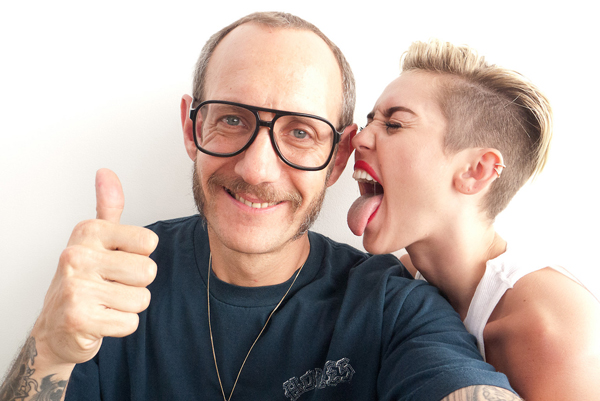 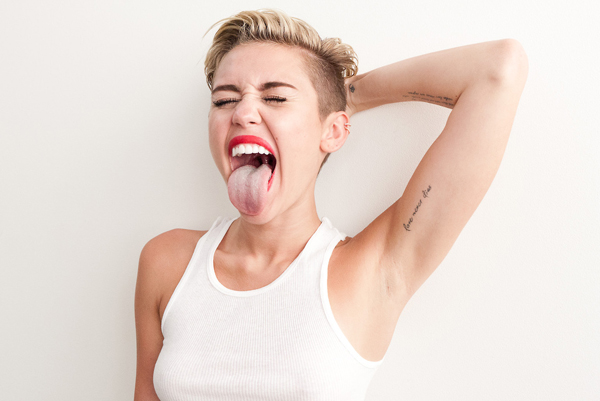 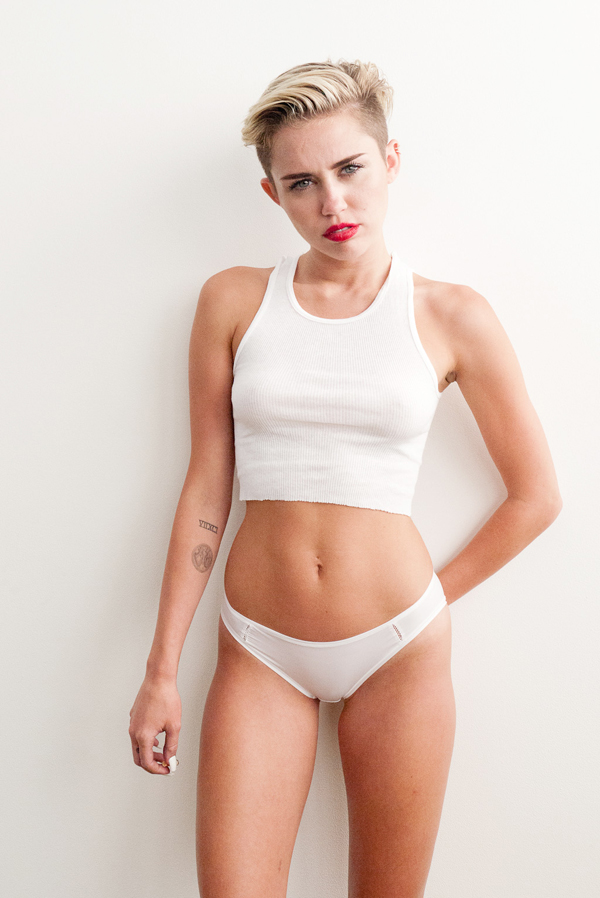 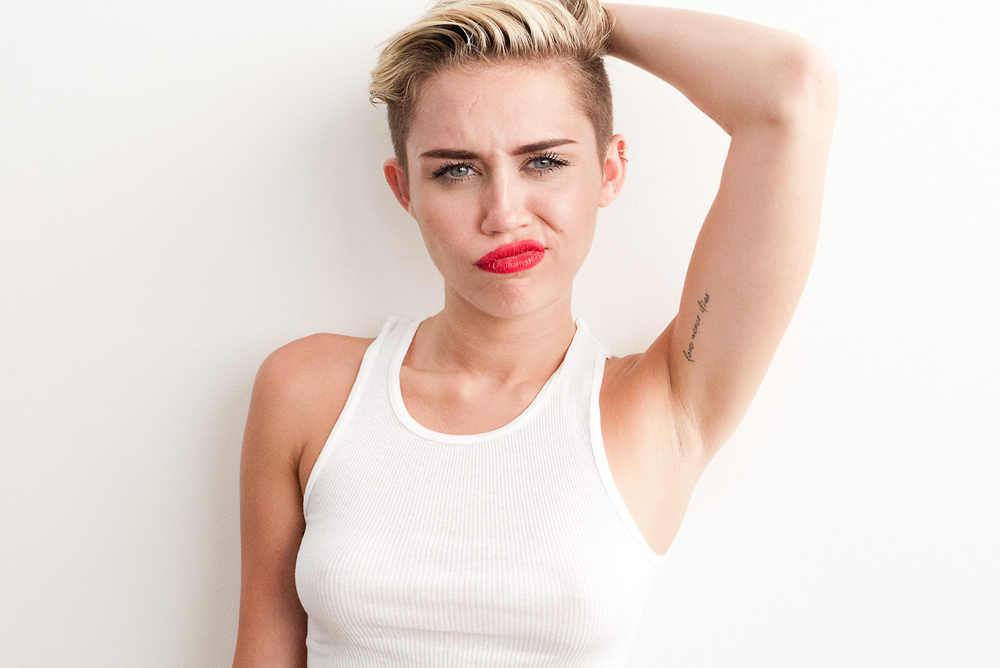 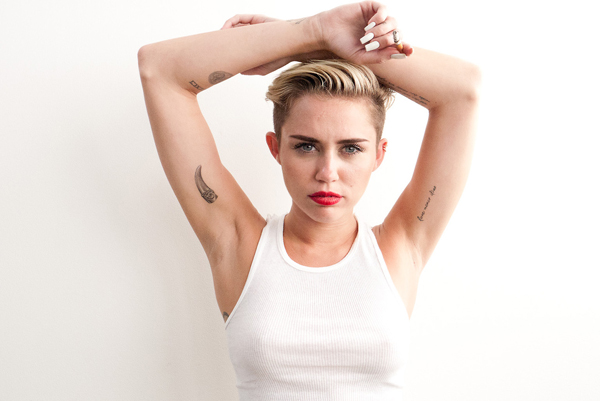 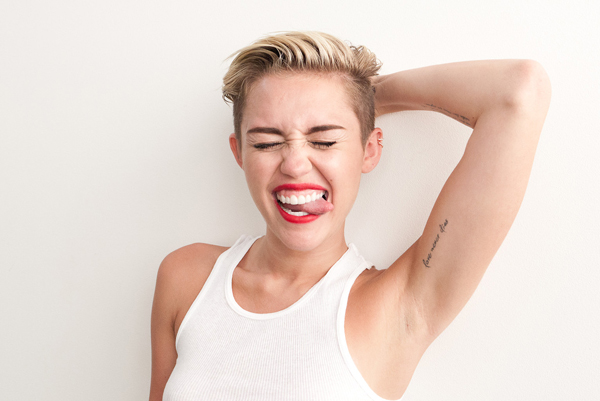 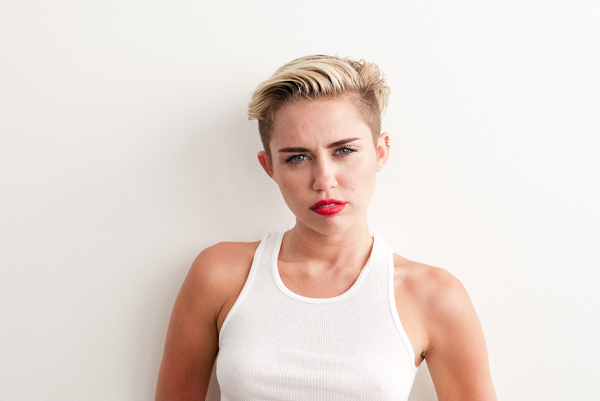 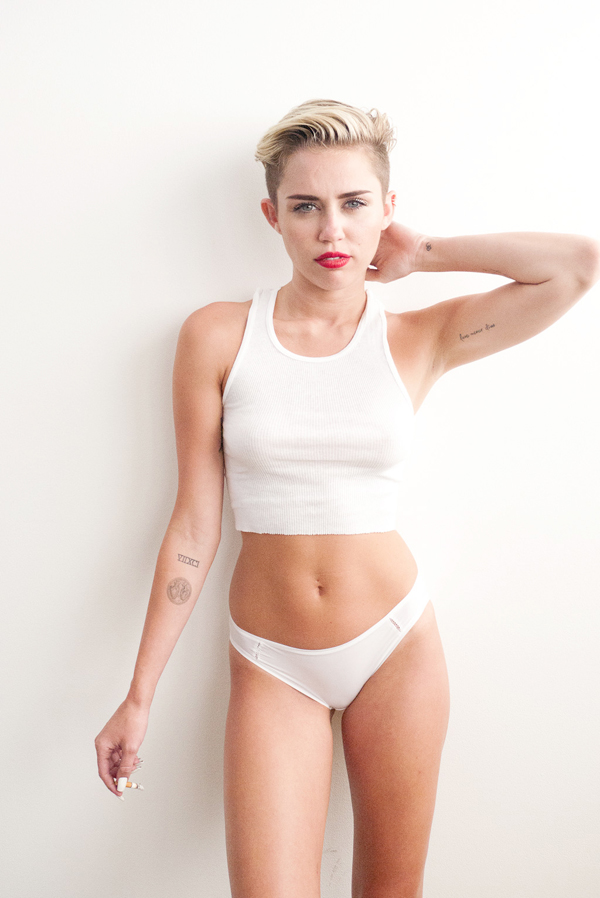 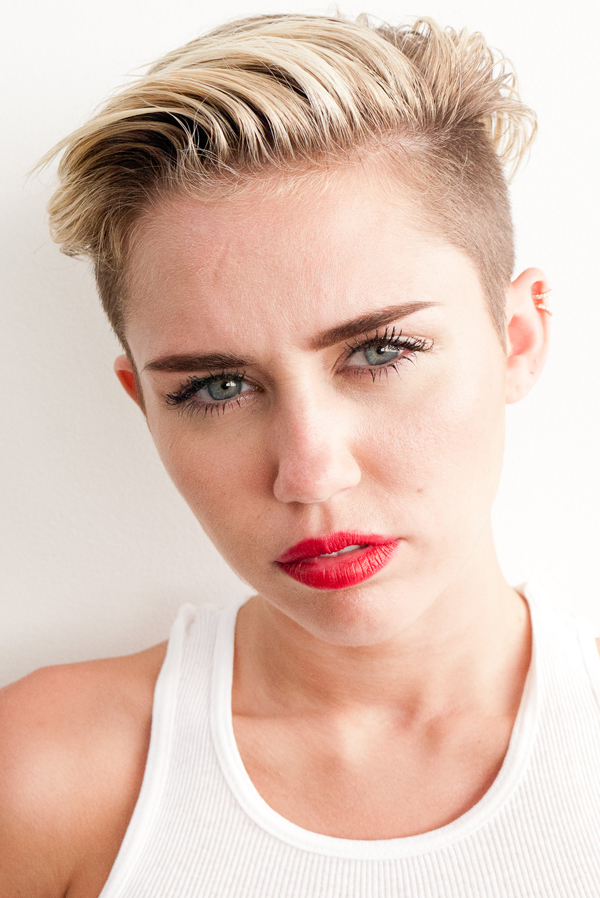