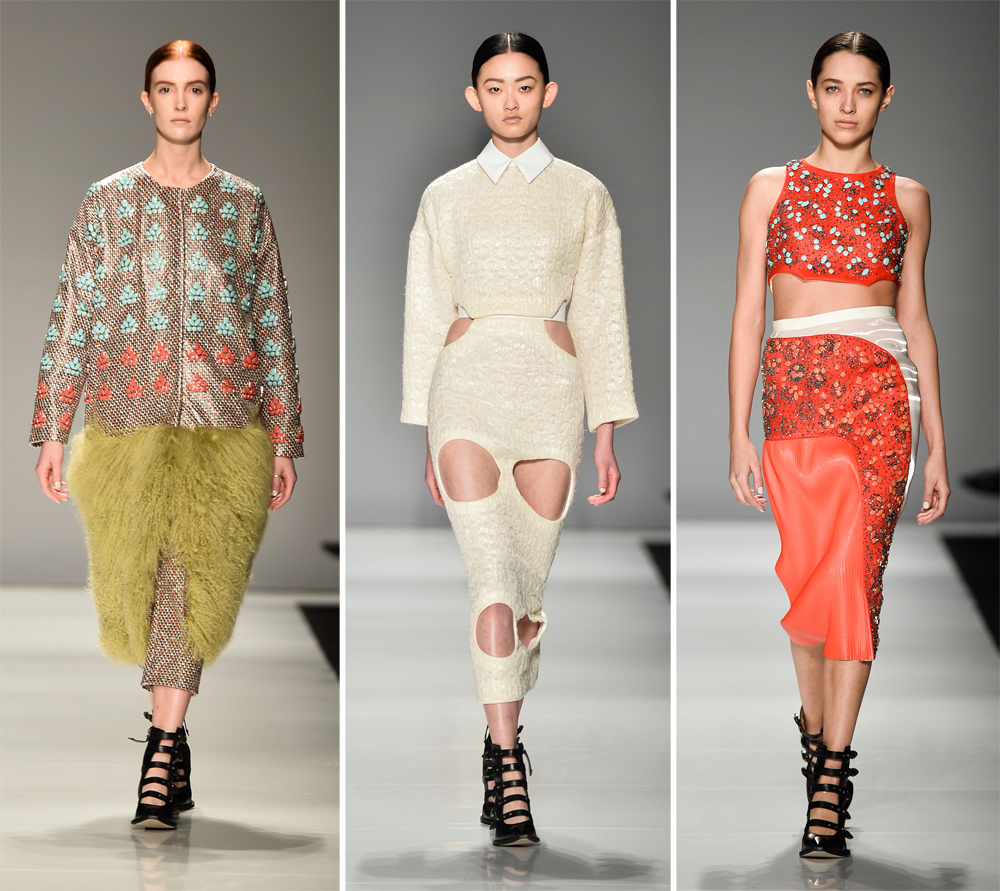 As a designer, pointing to a literal influence for a collection can be a risk, opening the door to criticism about missing the mark in bringing that influence to life. For his Fall Winter 2015 presentation at World MasterCard Fashion Week, Mikhael Kale didn’t just point to an influence, he showed it to his audience. The presentation began with a black and white video played to a soundtrack of Daft Punk’s “Giorgio by Moroder”. In the track, Moroder speaks of his music, influenced by the 50’s, 60’s and 70’s, but also his striving toward a new sound using synthesizers – taking something he knows from the past and evolving it for the future.

Mikhael Kale’s use of a literal influence paid off in spades. Moroder’s story was clearly and fully realized in Kale’s collection, where he showed ideas of ’60’s and ’70’s influenced fashions evolved into fresh and wearable looks for today and tomorrow. This past fashion month has seen the ’60’s and ’70’s story woven through many designer’s collections, but what sets Mikhael Kale apart is the way he has cleverly reimagined what we associate with those eras. The classic ’70’s earth tone colour palette of avocado, harvest golds and corals got a fresh application in drop waist feather details and intricate beading. Mod polka dots were augmented as large appliques on cocktail dresses and cut outs in a risque, badass leather dress. It is exciting to see a theme we’re all familiar with presented in a beautiful and non-literal way (no boho or poly jumpsuits here).

See some photos of the collection below. 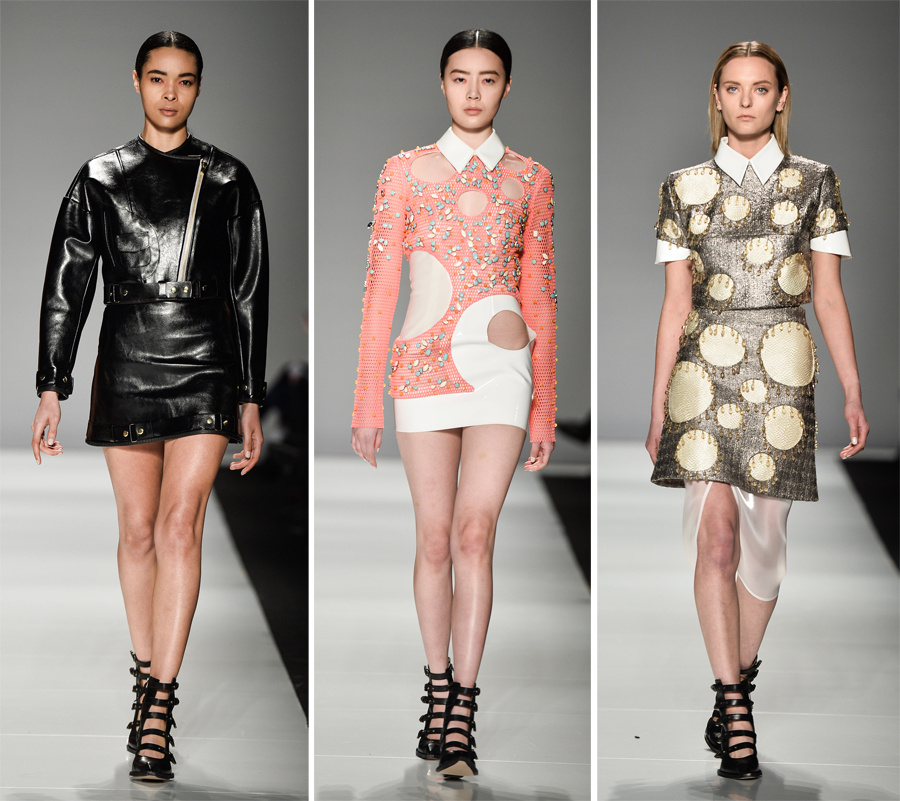 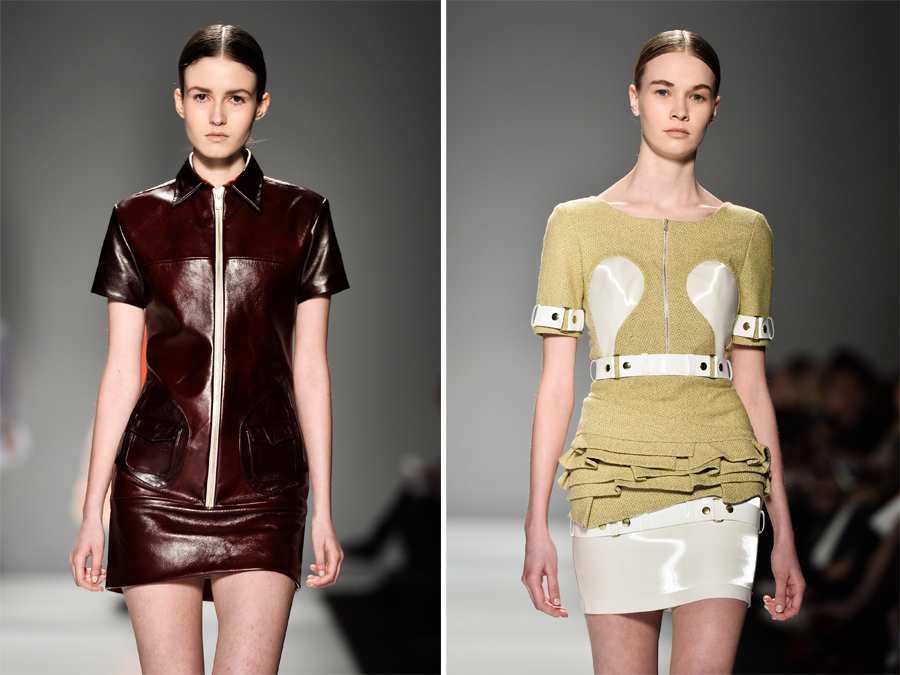 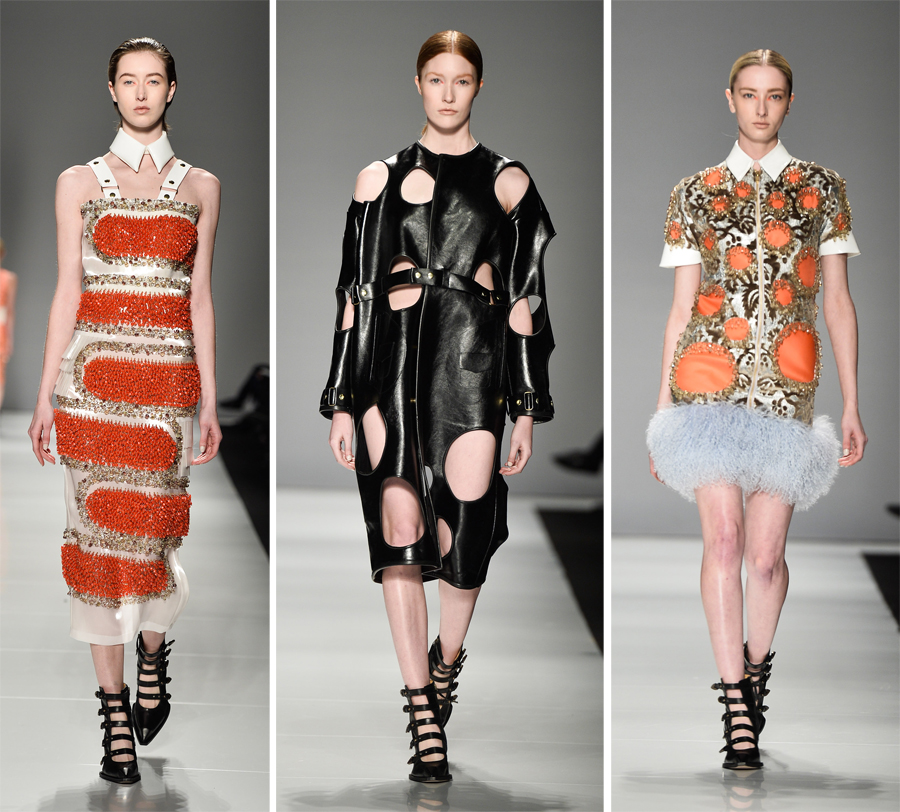 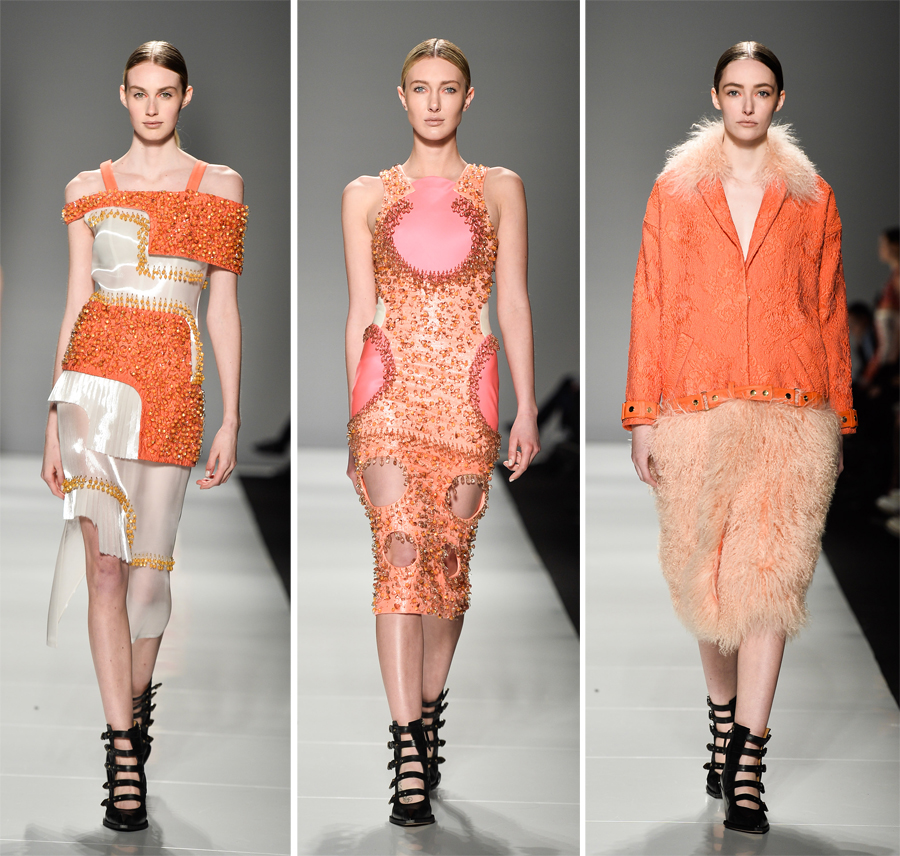 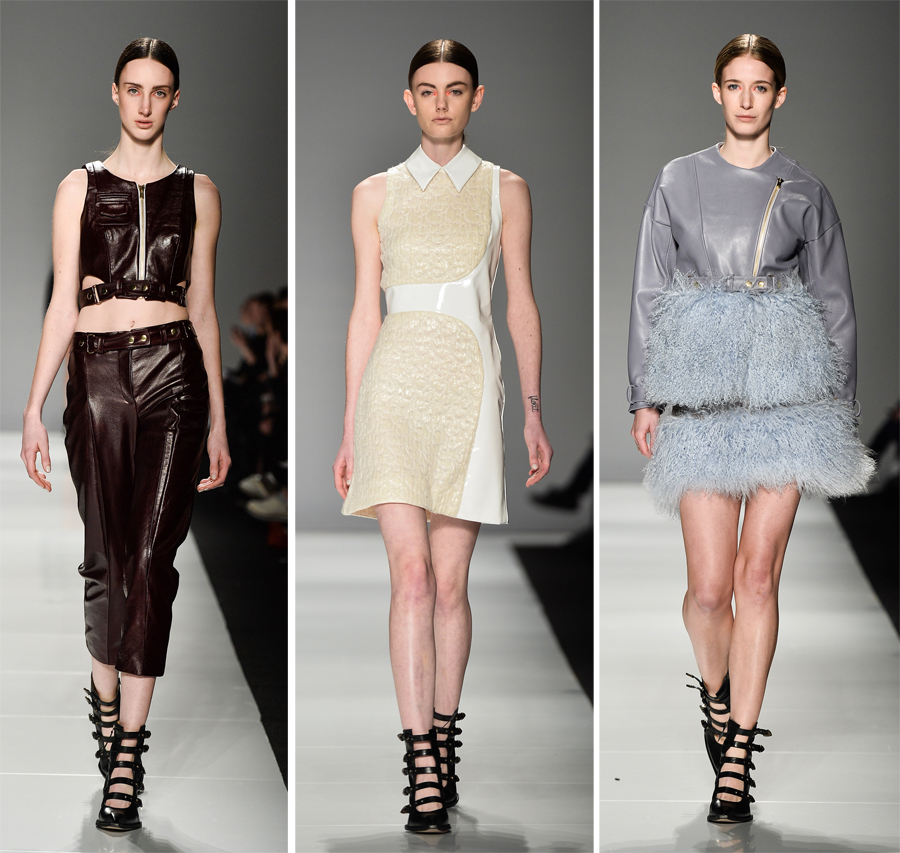 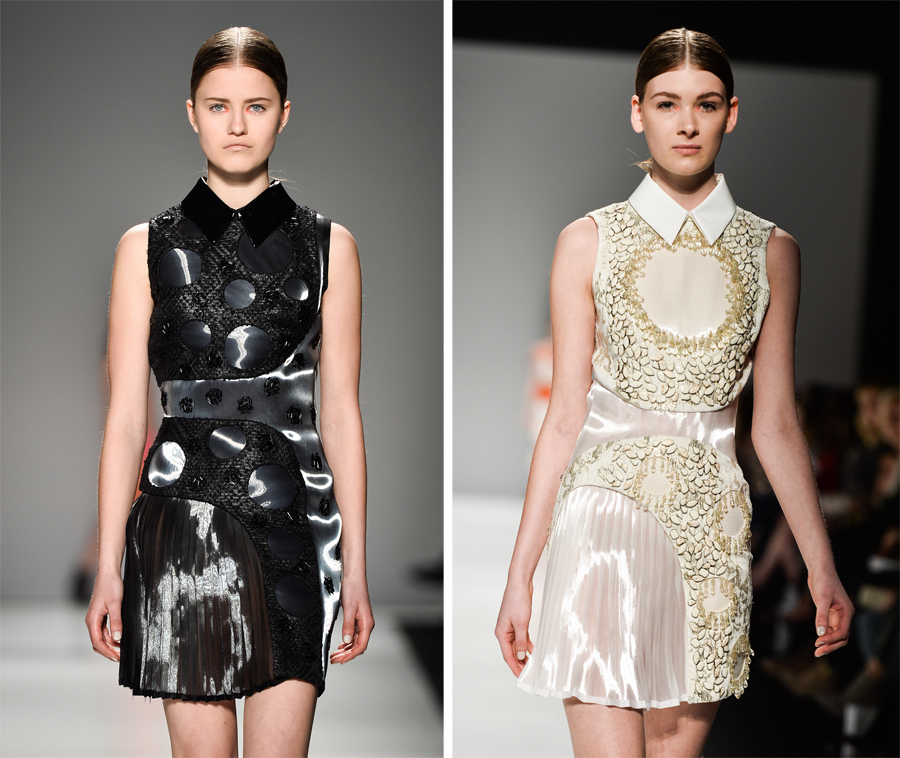