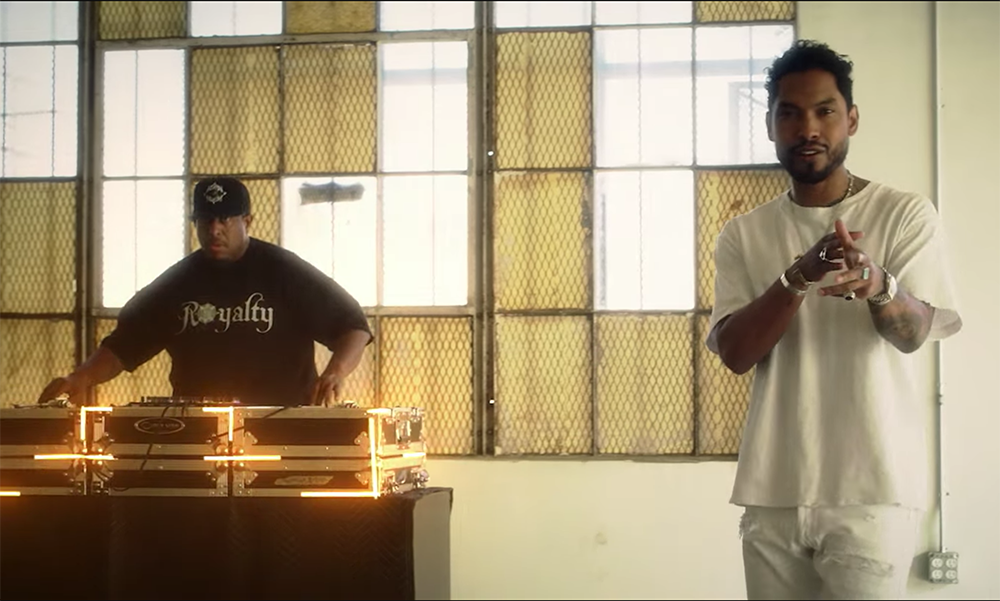 Legendary hip hop producer and DJ, DJ Premier has teamed up with heartbreaker Miguel in the video for their “2 Lovin U” collaboration. Set in a warehouse, the video features Miguel passionately singing about love while Preem literally lights up the room as he chops on the 1’s & 2’s. The track was originally meant for Miguel’s  Wildheart album, but a separate version of the track titled “damned” ended up on LP instead. Apparently this is the version of the song that Premier wanted to put out, and has officially been released as part of his new label, To the Top.