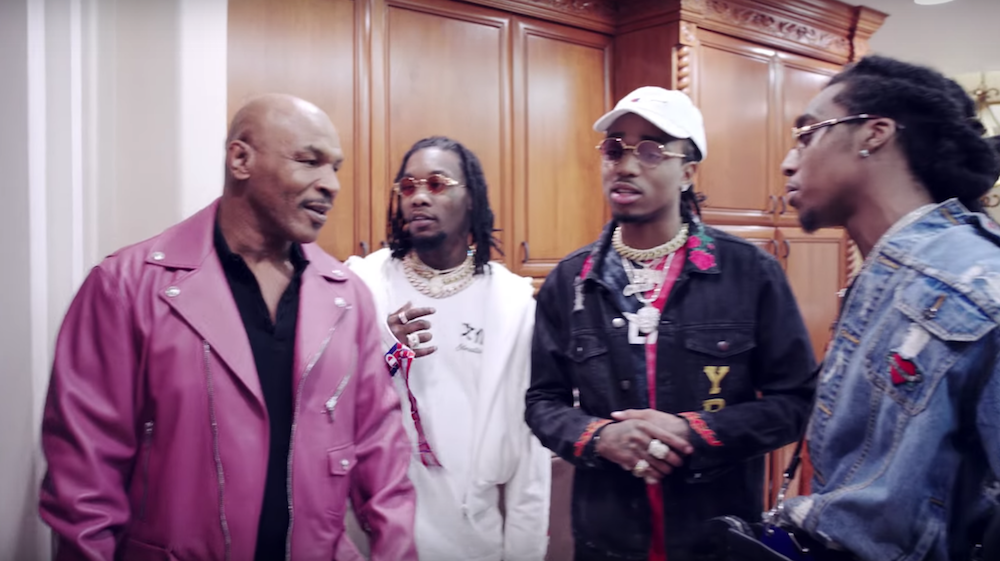 GQ recently followed Migos to Mike Tyson’s mansion in Las Vegas where they received a personal tour from the legend himself. When you have a #1 hit song, you tend to live a life different from most.

The clip is short but features Tyson showing the Atlanta rap trio his FIJI water-drinking pigeons and his various wrestling belts (so many, in fact, that he can’t remember which fights the belts are associated with). The tour concludes with Mike Tyson rapping along to the group’s trap hit, “Versace.”

Watch the tour above.