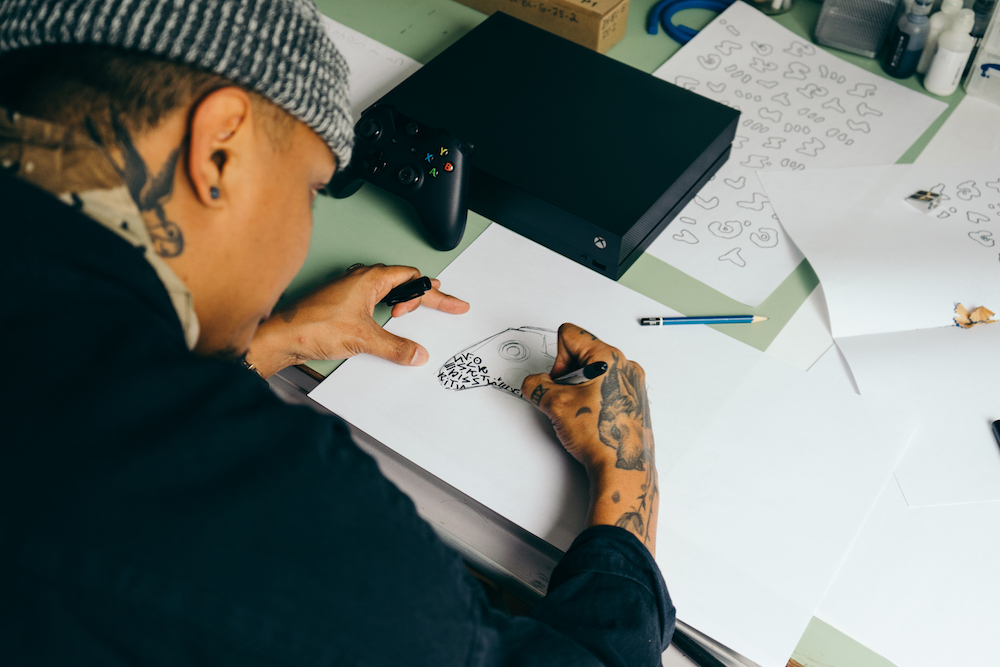 Available in extremely limited quantities (only one of each design), the Toronto-exclusive project launches alongside the global release of the new Xbox One X. The four primary colourways are dedicated to the Westend, Eastend, Uptown and Downtown neighbourhoods of Toronto and inspired by the four buttons on the Xbox controller while the final black colourway is Espiritu’s signature pattern featuring most major areas in the GTA.

Check out the five designs below. Make your way to the Frenzy dropzone at Trinity Bellwoods Park at 4:00 p.m. on Tuesday and download Frenzy for your chance to cop one.