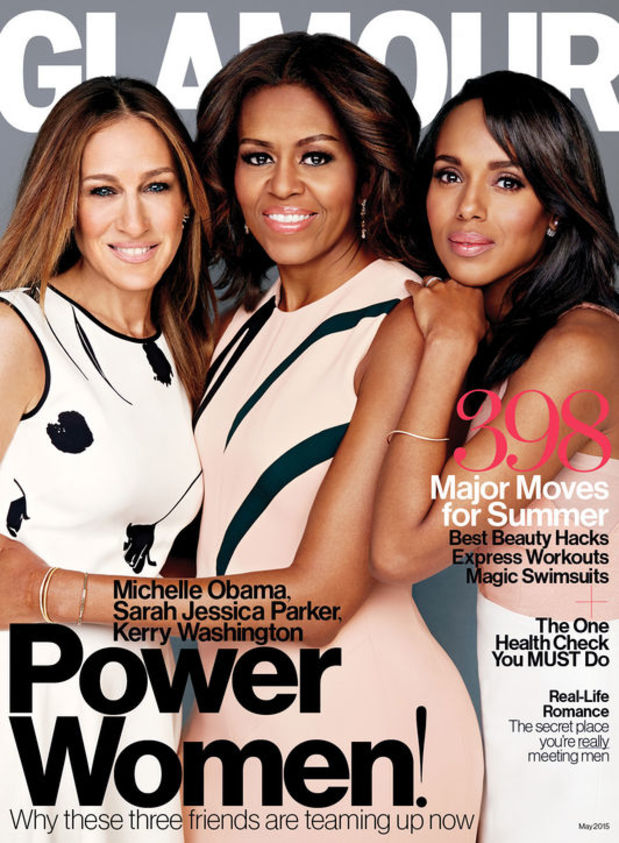 The First Lady takes the cover of Glamour Magazine’s May issue alongside actresses Sarah Jessica Parker and Kerry Washington for their Power Women issue. Photographed in February by Patrick Demarchelier in the Blue Room of The White House, the feature centres on the actresses and the first lady’s passion for serving members of the military and their families, something Obama has been highly committed to in addition to her fight to end childhood obesity through the Let’s Move Campaign.

Watch below as Glamour follows Washington and Park to the white house for a behind the scenes look at their meeting and their cover shoot in which Obama and Washington are wearing dresses by Narciso Rodriguez and Parker wears Oscar de la Renta.